The figure of Saint Ezekiel Moreno (1848-1906) summarizes what the missions and the missionaries meant for the Province of Saint Nicholas of Tolentino at the beginning of the 20th Century. He was a missionary in the Philippines, a formator of missionaries in Spain, a restorer of the religious life in Columbia and a missionary Bishop. He lived in a time of change of some missions requiring strength, dependent and in collusion with the exterior politics of the Spanish Government, and of some missions directed from the Holy See and without interferences from outside the Church. 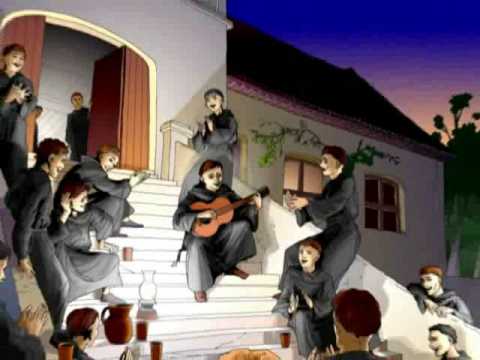 Missionary in the Philippines

As he had dreamed of since childhood, Ezekiel Moreno had as his first destination perhaps the only one possible at that time: the missions in the Philippines. He had entered the novitiate only thirty years after the selling of Church property. In 1869 he embarked in Cadiz together with seventeen companions for the Philippines.

In 1872 he started his missionary ministry in Palawan, a zone not yet evangelized and where some towns were founded. A special characteristic is his close attention to the most needy and vulnerable; in Las Piñas, close to Manila, he is remembered for his actions in the face of epidemics, drought and fires.

In 1885, at thirty-seven years of age, Ezekiel returns to Monteagudo (Navarra, Spain) as prior of the monastery in order to dedicate himself to the formation of future missionaries. There he took responsibility of the necessities of the sick (as in the epidemics of cholera and smallpox in 1885, 1887 and 1888) and the poor without any means of support (in the shortages of 1887).

Restorer of the missions in Columbia

In 1604 there was born amongst the Augustinians of Columbia a twin movement to the Spanish Recollection. Their common links brought them together. The Columbian Recollects had a normal life for many centuries, until the liberal revolutions, anticlerical laws and wars placed them in a situation of almost complete extinction. The 114 religious in 1795 descended to only ninety in 1882, forty in 1850 and thirteen in 1882.

On the 10th of August 1888 there arrived in Monteagudo a plea for volunteers to help the Columbian province. Ezekiel, the prior of the monastery, offered himself together with another six religious from his community. They sailed in November. Ezekiel managed to restore the Augustinian Recollect religious life in Columbia. But, also he was able to return a living pulse and novelty to the missions, starting with Casanare.

In this journey they would open up a new way to establish the missions. The religious were not now in the shadow of Spanish patronage and the Monarchy, but rather following only the guidance and objectives of the Church.

Ezekiel gave special attention to three fundamental necessities in all later missions: reliance on a house to help out in undeveloped districts or capitals; establish the missionaries in communities to avoid loneliness and lack of communication; and maintain a request and plea for responsibility to the authorities in favour of the regions in which the missions were carried out.

In 1896 Ezekiel Moreno is named Bishop of Pasto, an extensive and complicated Columbian diocese, next to the frontier with Ecuador that included the Atlantic coast, breathtaking mountain ranges and Amazon rainforest. It also included some 160,000 km2 populated by 460,000 people and heights which varied between zero and 3,100 meters above sea level.

As bishop he never abandoned the pastoral visits for the whole of his region, visiting the sick, and the goal that all the regions and the villages would feel close to the Church... Ezekiel was, in short, one of the pioneers of the modern missions of the Province of Saint Nicholas and a firm promoter of the enormous expansion during the 20th Century.

Introduction
index Introduction Missionaries out of necessity Mission, a complex and all-embracing term Religious, lay people, and volunteer missionaries Missionaries according to the laws Constitutions of the Order of Augustinian Recollects Statutes of the Missions Missionaries by inheritance St Augustine Cultivating the missionary spirit The Augustinian Recollection, missionary right from the start The three stages of the Augustinian Recollect missions The Philippines, “surname” of the province of St Nicholas Japan, seed-bed of martyrs The Province’s missions in the 19th century The missions save the Order Spreading out throughout the world (1896-1906) St Ezequiel Moreno The Province’s missions in the 20th century Introduction The Philippines in the 20th century Prelature of Ciudad Madera (Chihuahua, Mexico) Sarapiqui (Costa Rica) Kamabai and Kamalo (Northern Province, Sierra Leone) Kaohsiung (Taiwan) Missionaries today MISSIONARY ZONES Prelature of Labrea (Amazonas, Brazil) History of the Purus Physical description of the region Social geography Evangelization Diocese of Shangqiu (Henan, People’s Republic of China) Historical background to the Augustinian Recollects in China Shanghai Preparation (1919-1923) Geography, economy, and society of the Kweiteh mission The first stage (1924-1930) The second stage (1931-1937) The third stage (1938-1952) The fourth stage: beyond the bamboo curtain MISSIONARY MINISTRIES Boy's Town (Aguascalientes de Cartago, Costa Rica) St Monica’s home (Fortaleza, Ceará, Brazil) CARDI, the Augustinian Recollect Centre for Integral Development, Mexico DF Service to immigrants Latin-American Chaplaincy, London The Chinese chaplaincy in the Archdiocese of Madrid