Mission, a complex and all-embracing term

The concept of mission has been surrounded by heroic conceptions, political and social implications, and justifications, some more correct than others. All of this was close to its original meaning, and also a cause of certain conceptual confusion in the Church.

The word “mission” was used in general terms in the XVI and XVII centuries to denote the “efforts in favour of the baptized” and with the idea of “implanting the Church” amongst the pagans. Previously, they had designated these acts as “apostolate”, “propagating the faith” or “the diffusion of health”.

The proselytizing character of the “missionary” arose in the expansive period of the discoveries, when the one religion was one of the pillars of the State and a safeguard for the unity of the Empires. Nonetheless, the original meaning of the “mission” ignored this almost aggressive connotation: “mission” or “sending out” was more an indication of “the coming of God´s love amongst men”.

With the word “mission” they have also indicated some of the most profound concepts of the Christian faith. In this way, the conception of the of God as Trinity made of people, the reciprocal interchange of love and knowledge between the Father, the Son and the Holy Spirit has been called “mission” (or “sending out”). This concept of the interior being of God has been transformed into the exterior “mission” of Creation (the Father), the Redemption (the Son) and the continual assistance and inspiration given to Christians (the Holy Spirit).

The “mission” is, above all else, the expression of the love of God made manifest as a project of salvation for every person and all times. The motivation of the missionary Church is not driven by a pastoral act, which proselytizes or in something merely political. It is something which constitutes the very Church, which is part of its genetic structure transmitted by generations of Christians. This motivation is no less than the love of God towards humanity, and especially towards those who are less materially better off or at the level of hope or power. 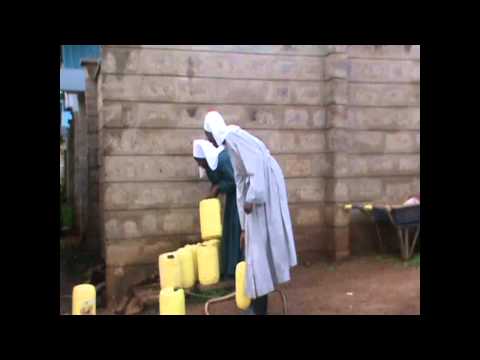 The contemplative life can also be missionary. Visit the missionaries of the Augustinian Recollect nuns in Wote (Kenya) and Guaraciaba do Norte (Brazil).
Catholic missionaries are not proselytizing agents, representatives of a multinational organization, or people who want at whatever cost to make a non-believer a member of their organization. They announce Christ as a liberating force where it is most necessary, where there is no messianic force, where there is fear, violence, grave misfortune, conflict, misery, hunger, bitterness, exile, infant mortality, abuse and exploitation. It is not about an “exterior task” of the Church, but rather its very existence.

The intention of the mission is to reach every single person and place where the contrasting message of the resurrection of Christ and the redemption of human beings should be brought. The world shows where there should be a Christian announcing that Christ lives.

The behaviour of the missionary with this world is not one loaded with arrogant, dictatorial, or imposing ways. The model is that of Jesus of Nazareth, who gave his life for others, and whilst being God, became man to be with those who suffer.

The Christian missionary is not the possessor of the Truth or of a technique of expansion, but rather a “sacrament”, to be “Christ” amongst those who need hope and so be like Christ, empty of themselves, freed from prejudices and their cultural, linguistic and social roots; no to preach themselves, or their culture or their civilization or way of being religious, but rather Christ.

The mission is not the place where the Christian faith is a minority, or where the Church lacks resources. This geographical sense has been overcome, amongst other things because the social demographic importance of Catholicism has been variable and because many of these Churches with an organized structure are much more dynamic than ecclesial structures with centuries of history. Globalization also represented a complete overhaul of the geographical sense of mission.

Mission, in its original meaning and current use, means to look for the places where it is most necessary to announce Christ, where the lack of equality and ethical politics or economics has meant that many live poorly. The places of action with immigrants, drug dependents, the lack of hope amongst the unemployed, children who have suffered abuse of exploitation, the sick who have no-one to accompany them or the high society which is suffering from a lack of values and in which dignity is lost between market forces and consumerism. 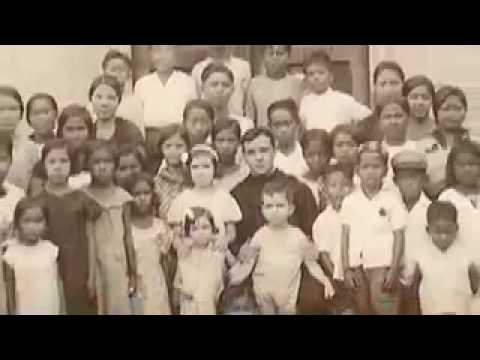 Religious, lay people, and volunteer missionaries
index Introduction Missionaries out of necessity Mission, a complex and all-embracing term Religious, lay people, and volunteer missionaries Missionaries according to the laws Constitutions of the Order of Augustinian Recollects Statutes of the Missions Missionaries by inheritance St Augustine Cultivating the missionary spirit The Augustinian Recollection, missionary right from the start The three stages of the Augustinian Recollect missions The Philippines, “surname” of the province of St Nicholas Japan, seed-bed of martyrs The Province’s missions in the 19th century The missions save the Order Spreading out throughout the world (1896-1906) St Ezequiel Moreno The Province’s missions in the 20th century Introduction The Philippines in the 20th century Prelature of Ciudad Madera (Chihuahua, Mexico) Sarapiqui (Costa Rica) Kamabai and Kamalo (Northern Province, Sierra Leone) Kaohsiung (Taiwan) Missionaries today MISSIONARY ZONES Prelature of Labrea (Amazonas, Brazil) History of the Purus Physical description of the region Social geography Evangelization Diocese of Shangqiu (Henan, People’s Republic of China) Historical background to the Augustinian Recollects in China Shanghai Preparation (1919-1923) Geography, economy, and society of the Kweiteh mission The first stage (1924-1930) The second stage (1931-1937) The third stage (1938-1952) The fourth stage: beyond the bamboo curtain MISSIONARY MINISTRIES Boy's Town (Aguascalientes de Cartago, Costa Rica) St Monica’s home (Fortaleza, Ceará, Brazil) CARDI, the Augustinian Recollect Centre for Integral Development, Mexico DF Service to immigrants Latin-American Chaplaincy, London The Chinese chaplaincy in the Archdiocese of Madrid