When Europeans left to find far away peoples and lands during the 16th Century the Church heard a calling to being to them the Christian faith. The Augustinians were among the first evangelizers in Latin America, Africa and Asia.

In 1533, seven religious from the Province of Castilla of the Order of Saint Augustine (the same province from which would be born the Recollection fifty years later) left from Sanlúcar de Barrameda (Cadiz) for Mexico. The Father General of the Augustinians, Jerónimo Seriphando, encouraged the idea: “With Christ you should desire nothing more than the salvation of the souls of those whom He thirsted for on the Cross” he proclaimed.

In 1562 there were fifty houses and three hundred houses for the Augustinians. Travelling by foot, the friars learnt the local languages and printed catechisms. They opened reception centres and cared for the sick in the action areas. They founded new villages, built aqueducts, opened schools, started trading, imported fruit trees and vegetables from Europe and taught them to plant wheat and increase the cultivation of cereals. In their churches and monasteries they trained artists and artisans, and they catechized, baptized and were the first missionaries to give communion to the Indians and they instilled in them sacramental practices. 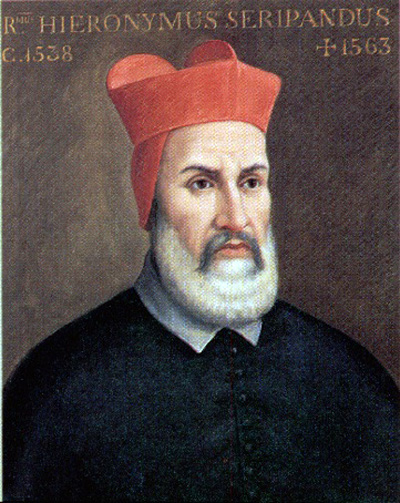 The first Recollects appeared in a moment of maximum missionary activity in the Order of Saint Augustine, and drank from these founts. The Augustinians closest to the Recollect values and bound to its birth were promoters and organizers of the missions. It was a breeding ground which gave rise to the Augustinian Recollection, which from its first moment was firmly united to missionary work.

Three “precedents” to the Recollection had in common missionary initiatives. Tomé de Jesús stayed for many years of his own free will in the prisons of Morocco in order to attend to the prisoners; Alonso de Orozco embarked for the Mexican missions and only a strong and worsening arthritis made him return to the Spanish Peninsula from the Canary Islands; and Thomas de Villanueva, as provincial, sent two missions to Mexico, promoted them as much as he could and sent many of his disciples there.

The Augustinian Recollection, missionary right from the start
index Introduction Missionaries out of necessity Mission, a complex and all-embracing term Religious, lay people, and volunteer missionaries Missionaries according to the laws Constitutions of the Order of Augustinian Recollects Statutes of the Missions Missionaries by inheritance St Augustine Cultivating the missionary spirit The Augustinian Recollection, missionary right from the start The three stages of the Augustinian Recollect missions The Philippines, “surname” of the province of St Nicholas Japan, seed-bed of martyrs The Province’s missions in the 19th century The missions save the Order Spreading out throughout the world (1896-1906) St Ezequiel Moreno The Province’s missions in the 20th century Introduction The Philippines in the 20th century Prelature of Ciudad Madera (Chihuahua, Mexico) Sarapiqui (Costa Rica) Kamabai and Kamalo (Northern Province, Sierra Leone) Kaohsiung (Taiwan) Missionaries today MISSIONARY ZONES Prelature of Labrea (Amazonas, Brazil) History of the Purus Physical description of the region Social geography Evangelization Diocese of Shangqiu (Henan, People’s Republic of China) Historical background to the Augustinian Recollects in China Shanghai Preparation (1919-1923) Geography, economy, and society of the Kweiteh mission The first stage (1924-1930) The second stage (1931-1937) The third stage (1938-1952) The fourth stage: beyond the bamboo curtain MISSIONARY MINISTRIES Boy's Town (Aguascalientes de Cartago, Costa Rica) St Monica’s home (Fortaleza, Ceará, Brazil) CARDI, the Augustinian Recollect Centre for Integral Development, Mexico DF Service to immigrants Latin-American Chaplaincy, London The Chinese chaplaincy in the Archdiocese of Madrid