Constitutions of the Order of Augustinian Recollects

The religious orders are different because they have their own way of life marked by their “charisma”, that is, their way of life and doing things as desired by their founders and which constitutes the core of their way of life. With fidelity to the charisma and creativity about putting it into practice in different historical and geographical contexts, the Constitutions express this charisma in the way of particular laws.

When someone joins a religious order they publicly profess these Constitutions, and they follow their legislative and programmed content and are obliged to fulfil their determinations because they see in them the “ideal” of the life that they have chosen.

The current Constitutions of the Order of the Augustinian Recollects are from the year 2011, following a process of renovation and adaptation throughout history. Given that they bring together all the life and activity of the Order there is a part dedicated to the missions. It could be said that the Augustinian Recollects are missionaries by law, by obligation, by obedience to their charisma and the desire of their founders.

Numbers 285 to 289 of the Constitutions of the Augustinian Recollects are dedicated to the missions. They show that the missionary labour is “a primary activity of the Church

which is part of its essence and never concluded”, and that the Order is missionary “by tradition and right of heritage”. They ask every one of the Provinces to make “a clear and firm choice” for the missions and that be maintained with the necessary religious and resources. All the religious throughout their period of formation should promote this missionary spirit and be disposed to put in practice the missionary spirit.

The importance given to the missions is shown in the petition that those who would be destined to go to the missions will be distinguished for their “apostolic zeal and evangelical audacity”, up to such a point that they will send those religious who feel specially called to that task and offer themselves as volunteers.

The Constitutions have direct recommendations for missionaries: they remind them that their way of life, their charity and their words should be the driving force of their work. They also ask of them enculturation, adaptation to the society in which they are going to work, and that they would collaborate in a spirit of good-will with the civil authorities “but in no way” make unjust pacts or get involved in affairs which are merely political or in political interests which could impede or undermine their ministry”.

Also, all religious should cooperate and be implicated in the missions “in such a way that the missionaries always feel the support and affection of their brothers”. 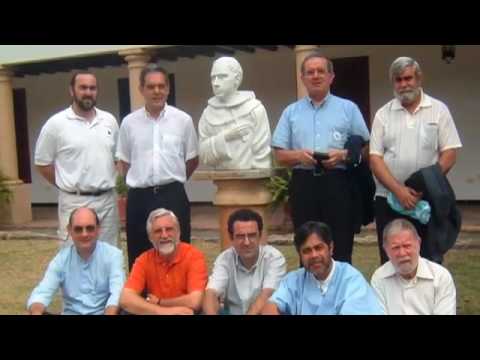 The missionary dimension of the Augustinian Recollect charisma. [In Spanish]
Statutes of the Missions
index Introduction Missionaries out of necessity Mission, a complex and all-embracing term Religious, lay people, and volunteer missionaries Missionaries according to the laws Constitutions of the Order of Augustinian Recollects Statutes of the Missions Missionaries by inheritance St Augustine Cultivating the missionary spirit The Augustinian Recollection, missionary right from the start The three stages of the Augustinian Recollect missions The Philippines, “surname” of the province of St Nicholas Japan, seed-bed of martyrs The Province’s missions in the 19th century The missions save the Order Spreading out throughout the world (1896-1906) St Ezequiel Moreno The Province’s missions in the 20th century Introduction The Philippines in the 20th century Prelature of Ciudad Madera (Chihuahua, Mexico) Sarapiqui (Costa Rica) Kamabai and Kamalo (Northern Province, Sierra Leone) Kaohsiung (Taiwan) Missionaries today MISSIONARY ZONES Prelature of Labrea (Amazonas, Brazil) History of the Purus Physical description of the region Social geography Evangelization Diocese of Shangqiu (Henan, People’s Republic of China) Historical background to the Augustinian Recollects in China Shanghai Preparation (1919-1923) Geography, economy, and society of the Kweiteh mission The first stage (1924-1930) The second stage (1931-1937) The third stage (1938-1952) The fourth stage: beyond the bamboo curtain MISSIONARY MINISTRIES Boy's Town (Aguascalientes de Cartago, Costa Rica) St Monica’s home (Fortaleza, Ceará, Brazil) CARDI, the Augustinian Recollect Centre for Integral Development, Mexico DF Service to immigrants Latin-American Chaplaincy, London The Chinese chaplaincy in the Archdiocese of Madrid