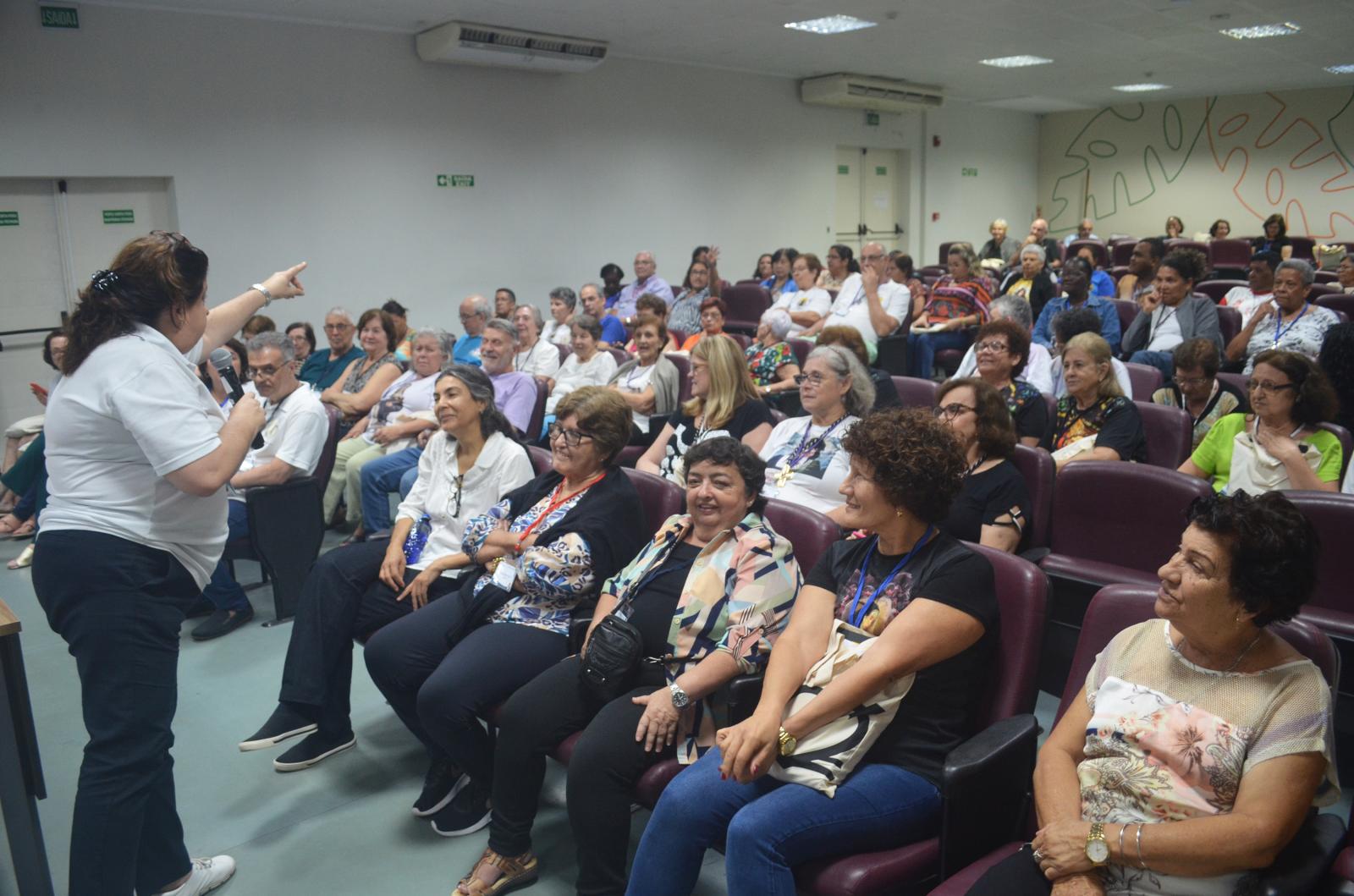 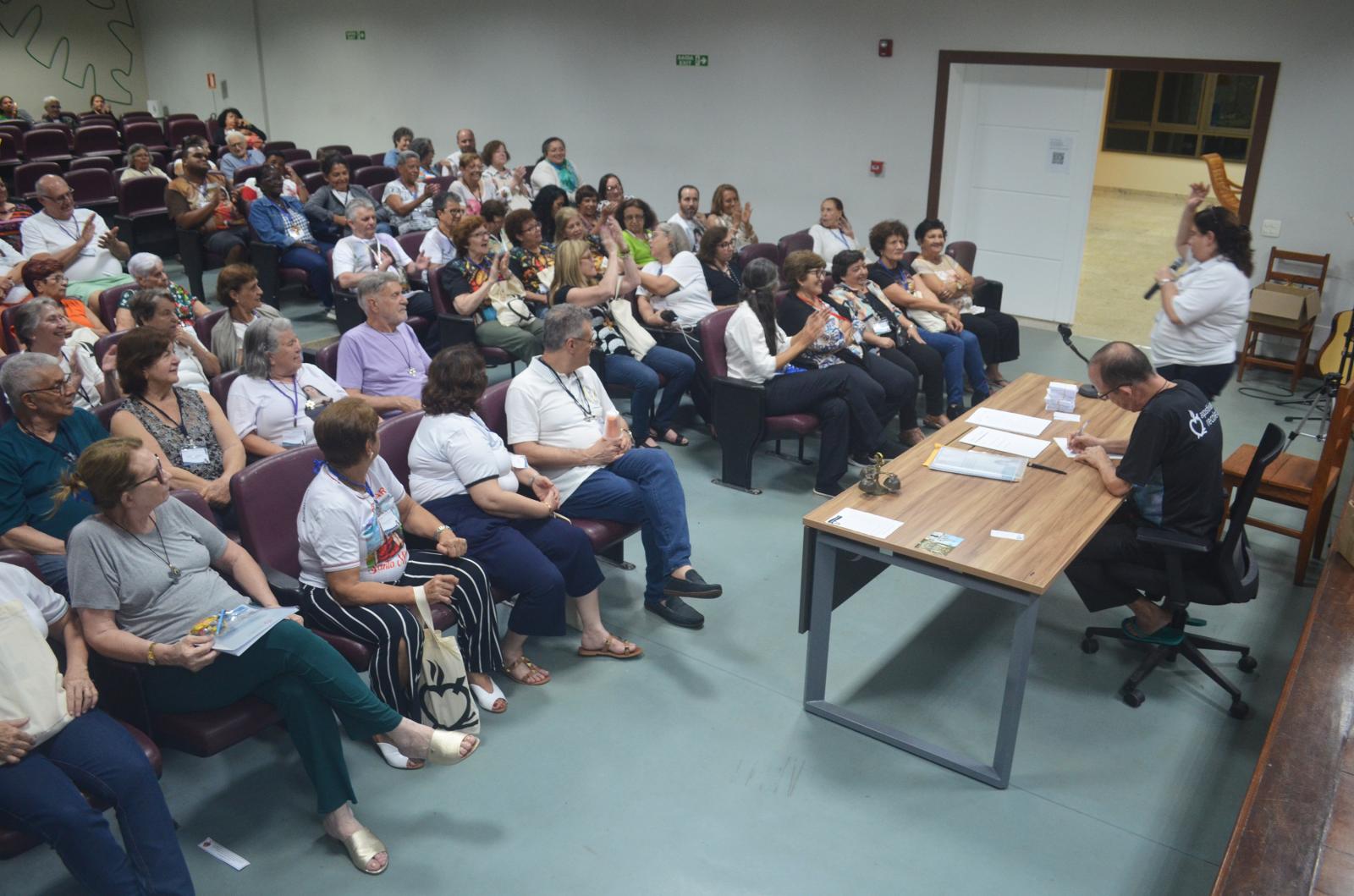 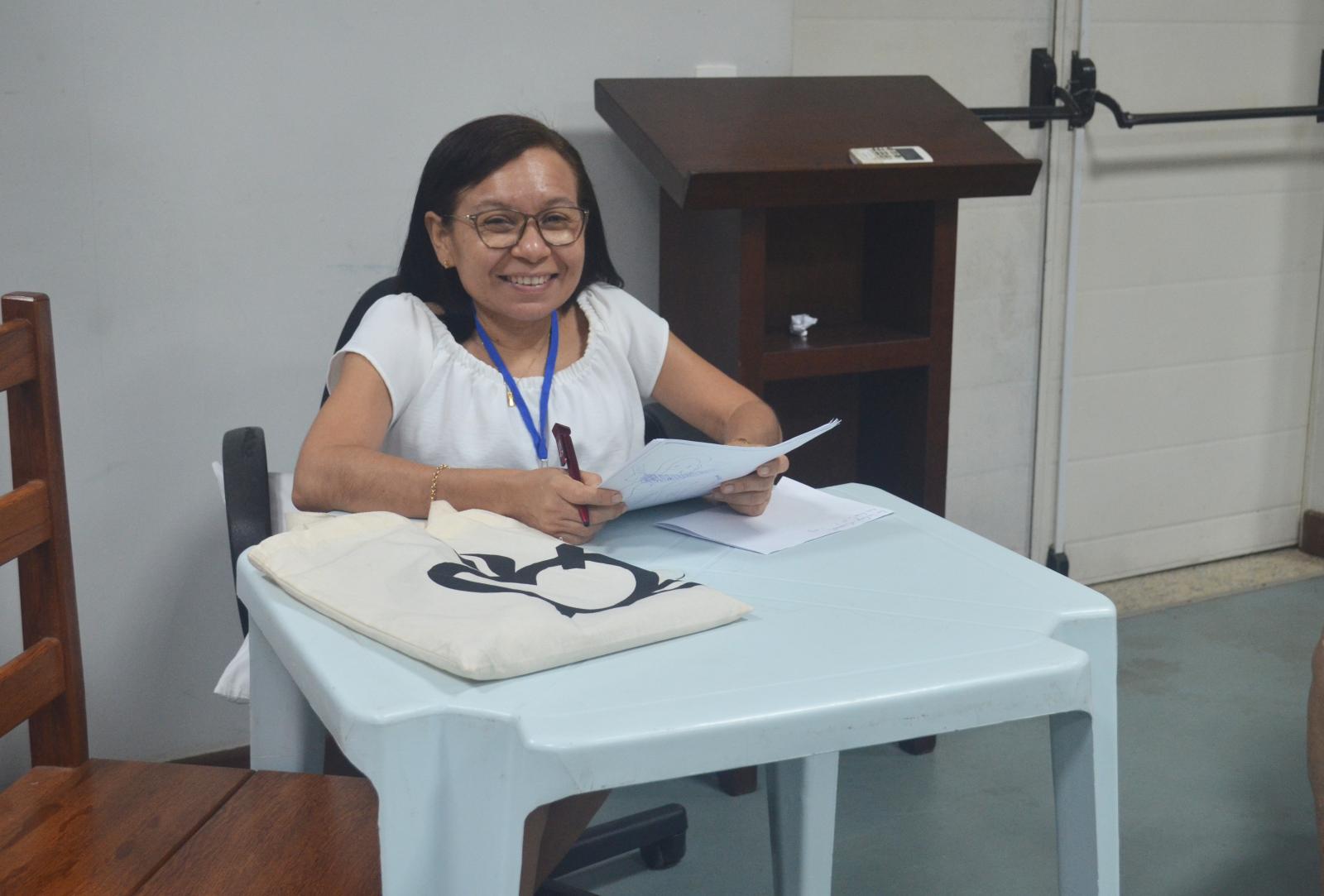 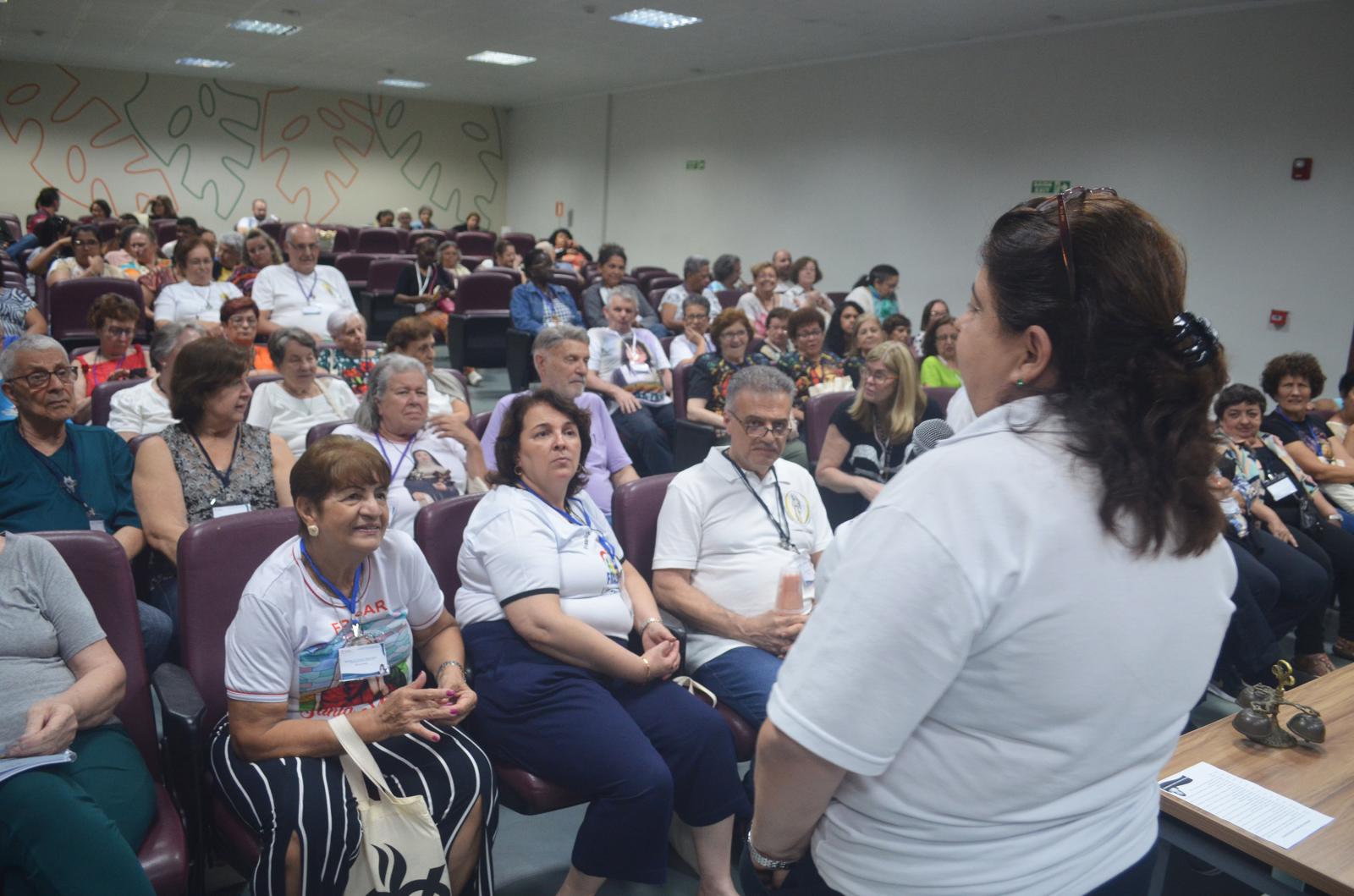 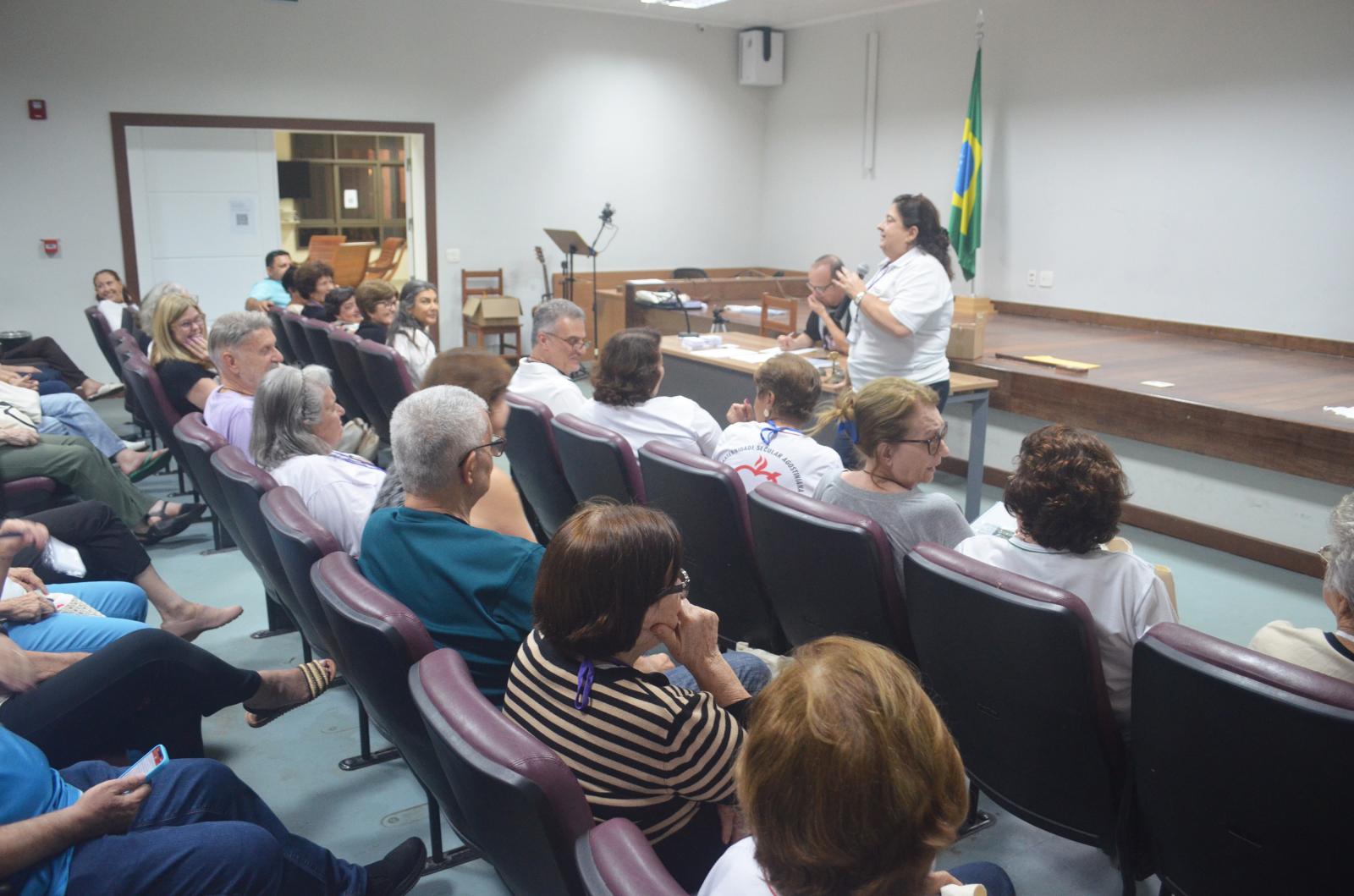 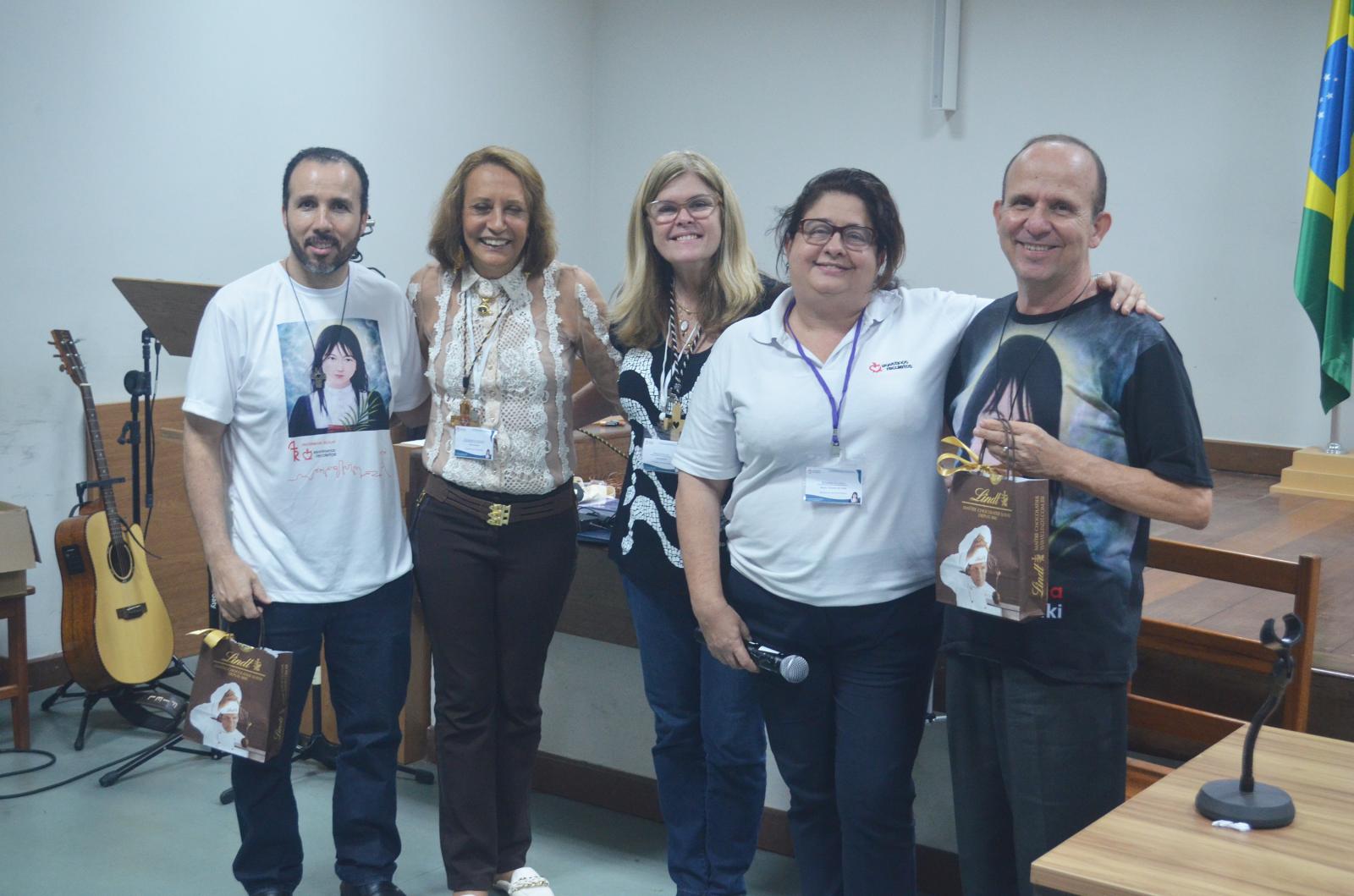 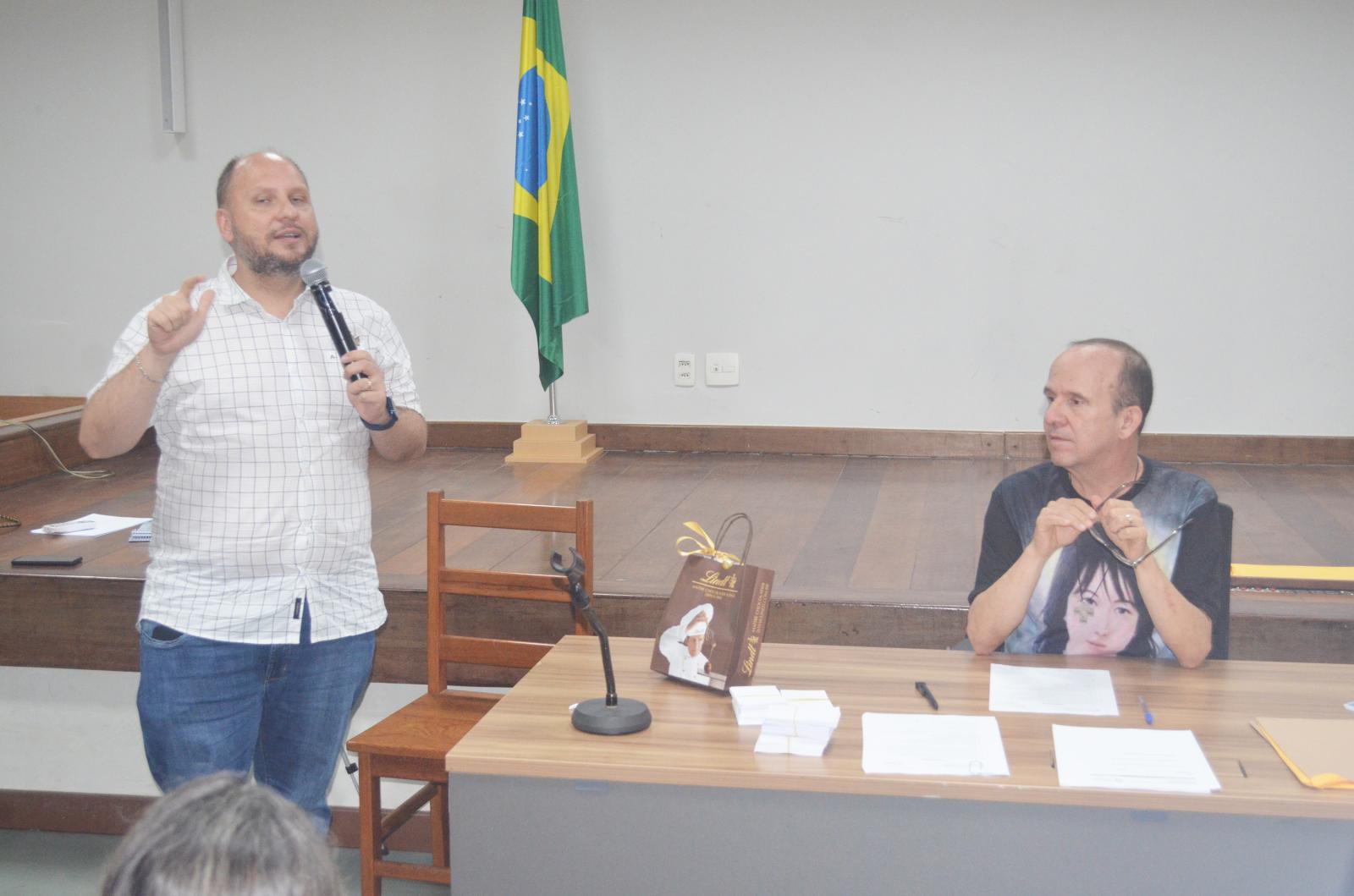 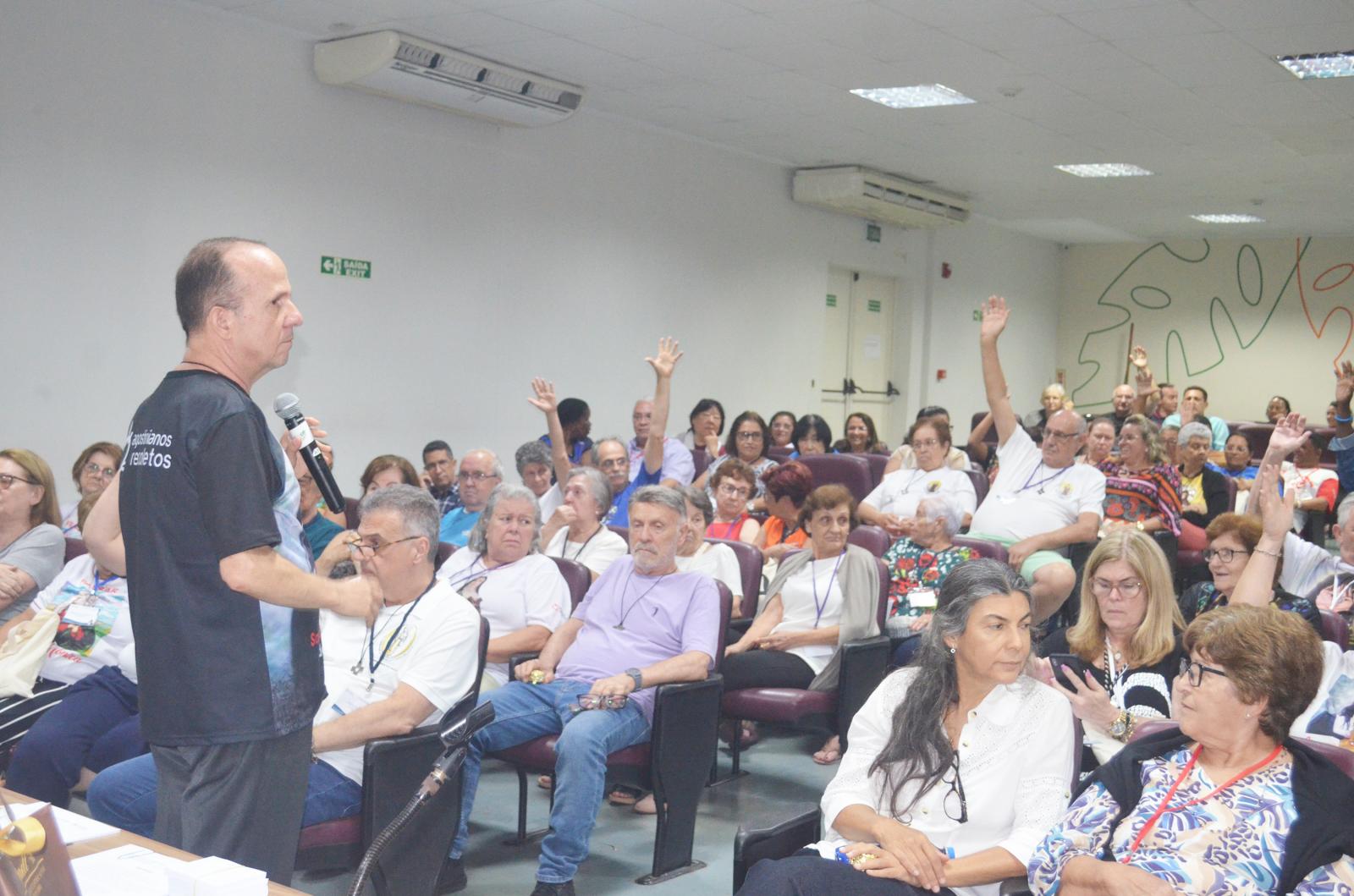 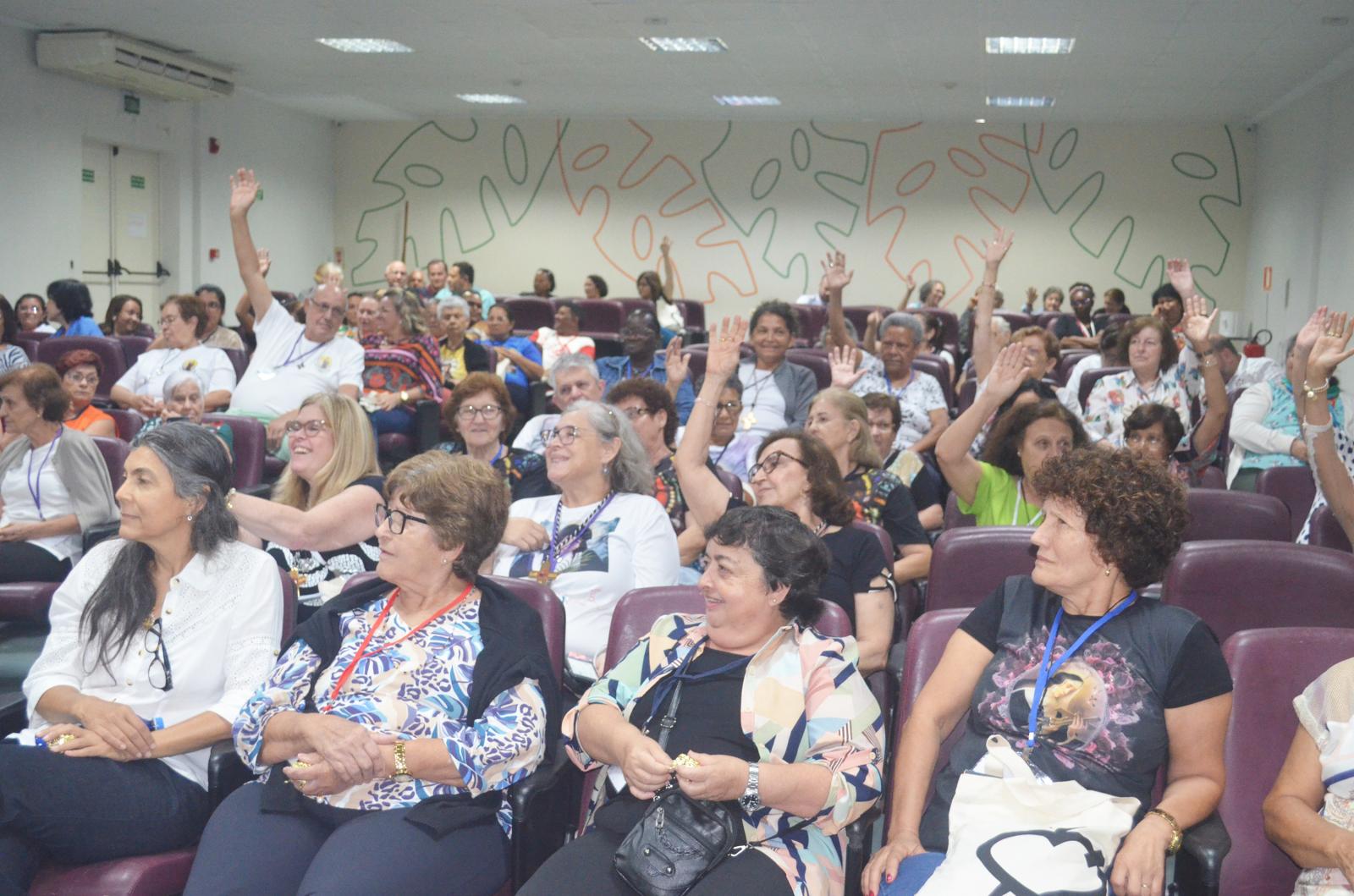 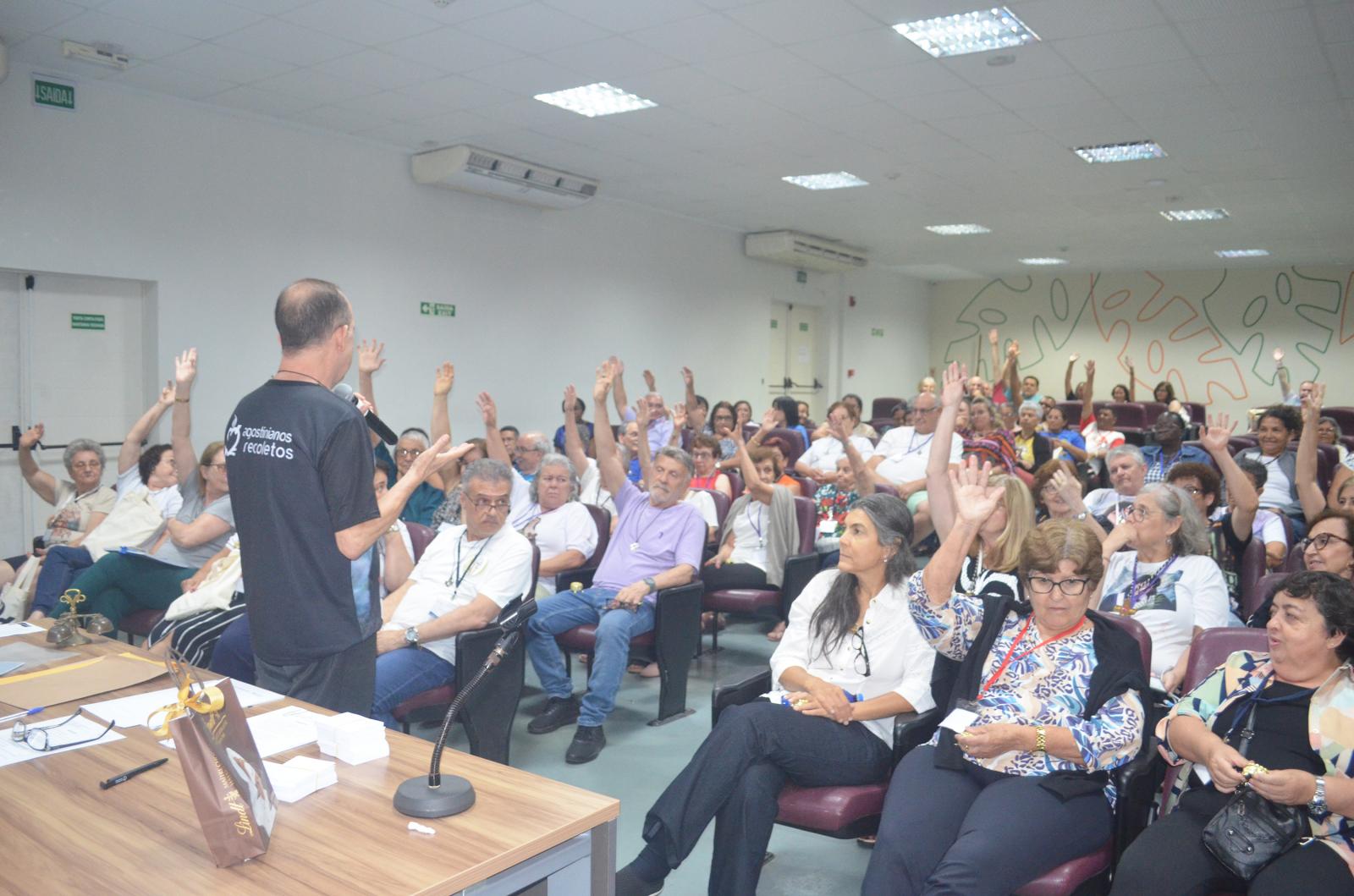 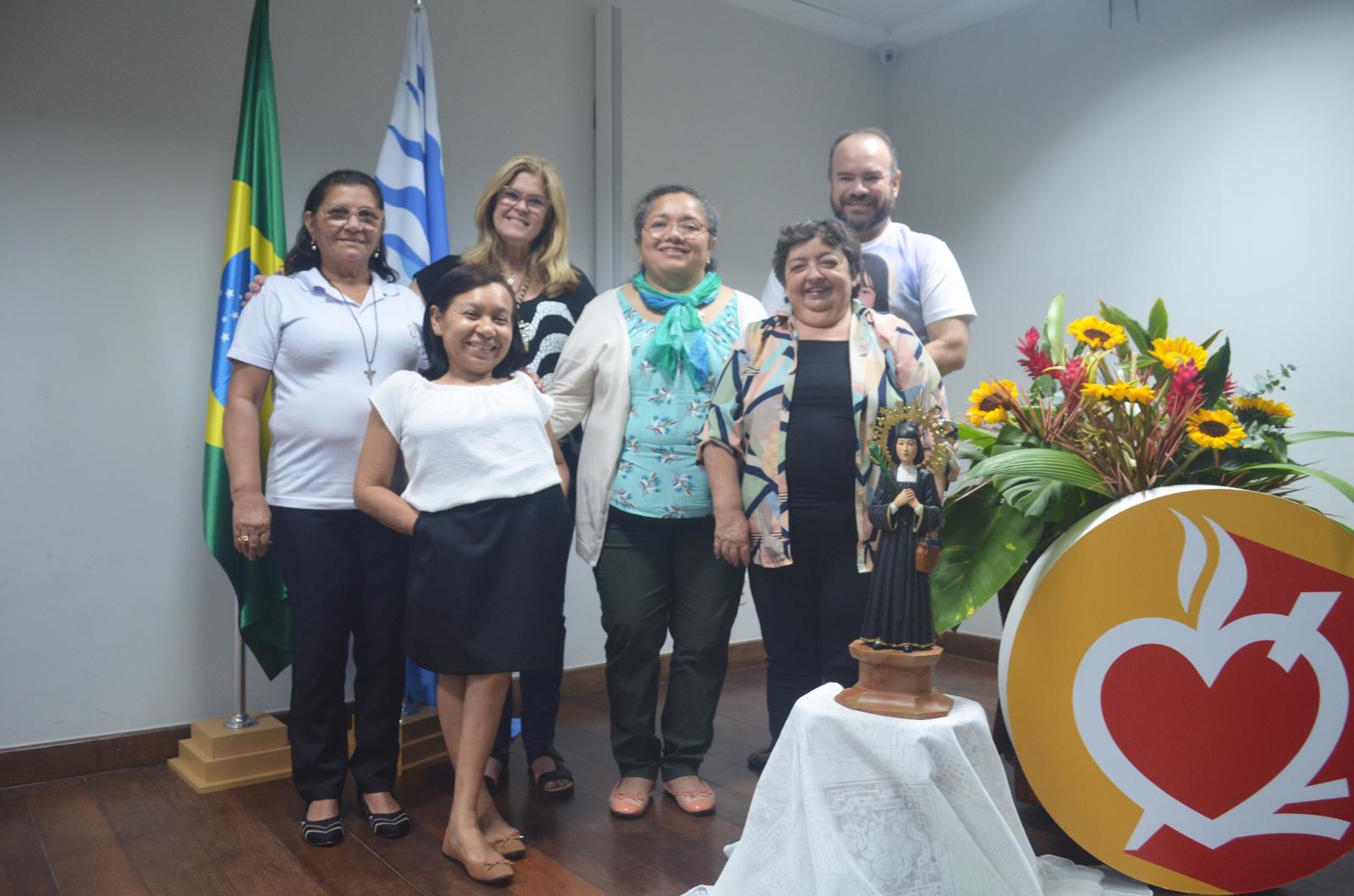 The meeting took place between November 12th and 15th at the Santo Agostinho Site that the Province of Saint Thomas has in Jacarepaguá, near Rio. One hundred and twenty fraternities gathered belonging to the fraternities of Rio de Janeiro (São Januário, Barra da Tijuca, Leblon), São Paulo (Villa Burger, Saúde, Igarapava, Franca, Ribeirão Preto), Holy Spirit (Castelo, Cachoeiro de Itapemirim, Muqui). , Victory) and Bethlehem; and of the Province of Saint Nicholas of Tolentine, the fraternities of Guaraciaba and Fortaleza. The fraternities were accompanied at all times by a considerable number of religious from the two provinces who attended the meeting.

In the presentation made in the first moments of the Encounter it was possible to see the reality of many of the fraternities. The consequences of the COVID-19 pandemic were severe in some of them, mostly made up of people of advanced age. The lack of enthusiasm in the formation, the neglect suffered by some of them... and also the strength and energy they show in the parishes and their own activities were also detected.

The words of the Prior General of the Order helped to raise spirits, by emphasizing the commitment of the Order in working with the laity, as well as the material that is now offered to them for their meetings and for the experience of the charism both personally and community.

Throughout the days the important moments of prayer took place, the Eucharist lived intensely every day and the conferences that were given: The Order to which we belong, The Rule of Life, The Synodality, and the presentation of the document "Joyful in Hope”… All this with moments of simple conviviality and relaxed conversation.

Of special importance was the presentation of the books that have recently been published and that will be basic in the life of the Fraternities: the Manual of the Fraternity, which contains the Rule, Ritual and Prayers, as well as the second volume of Pilgrims, the method formation par excellence for fraternities. The last two letters addressed to the fraternities by the last two priors general of the Order were also presented: Miguel Miró and Miguel Ángel Hernández, documents that mark the key lines of the role of fraternities in today's world.

An exceptionally important moment in the meeting was the election of the first National Council of the Fraternity in Brazil. Rita Barbosa (Belém, Pará) was elected as president, who will be accompanied by members of the Council: Sonia Bittencourt (Rio de Janeiro), Lucimar de Andrade (São Paulo), Jacqueline Loureiro (Pará), Gustavo Lins (Espírito Santo) and Antonia da Silva Barros (Ceará).

This meeting will certainly be a significant milestone for the relaunch of the life of the FSAR in Brazil and to commit everyone to follow Christ in the style and way of the Bishop of Hippo.

enlarge
And what do you think about this?
Tags
The last
Friendship, interiority and fraternal relationships, keys in vocational coexistence
Guaraciaba proposes to young people the example of Blessed Carlo Acutis in the Vocational Year
“Good Behavior” is taught, learned, practiced and remains forever
“Good treatment is promoted with communication, mutual knowledge, love and respect for the autonomy of the other”
Frater Mariano Gazpio: The “Saint of the Mission” in his relationship with the prior provincial Santo Bermejo
And what do you think about this?