Carmelo Arroyo and José García Corcuera have wanted to celebrate their priestly golden jubilee anniversary in Valladolid in an intimate way and accompanied by the religious community. Valladolid has also welcomed the new prior and dismissed those taking on new responsibilities elsewhere. 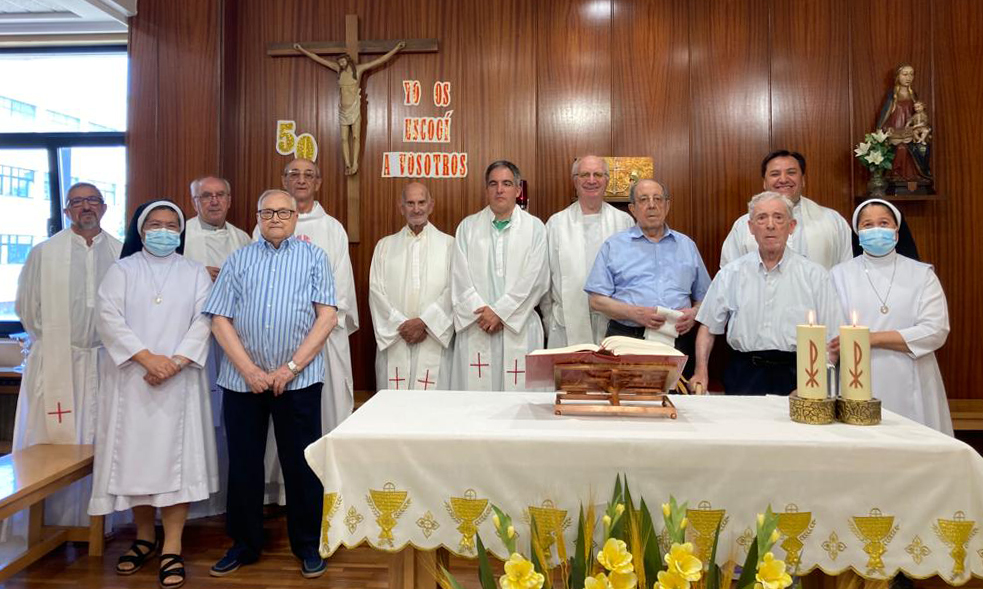 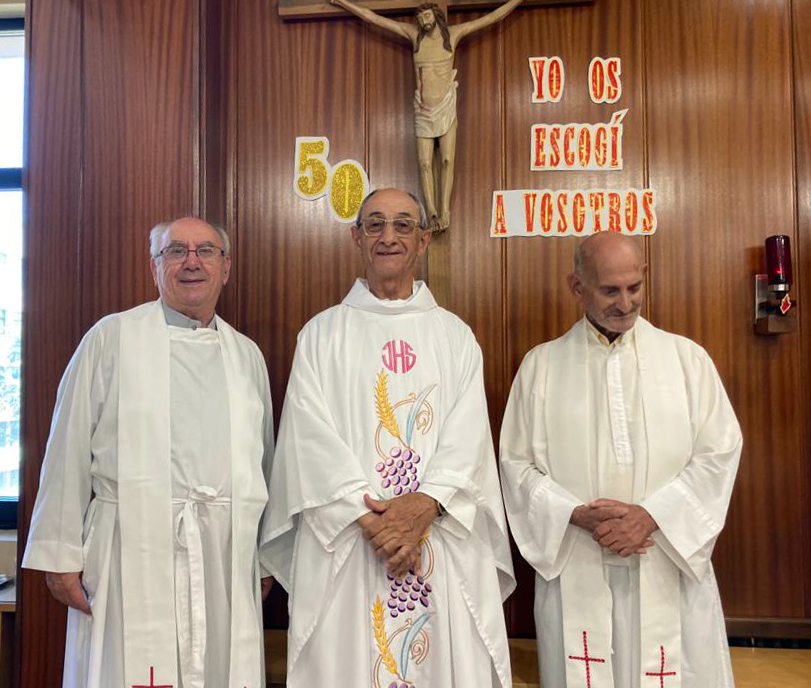 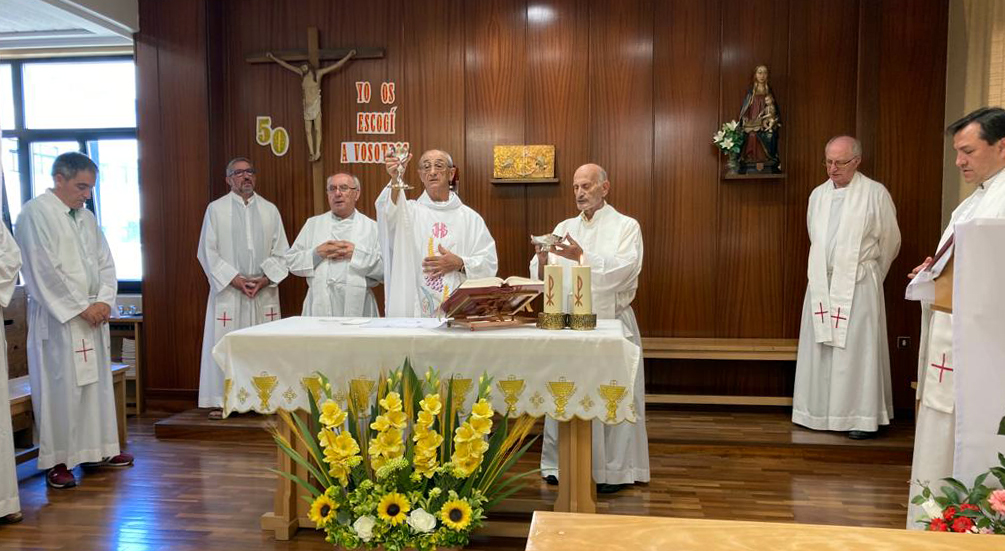 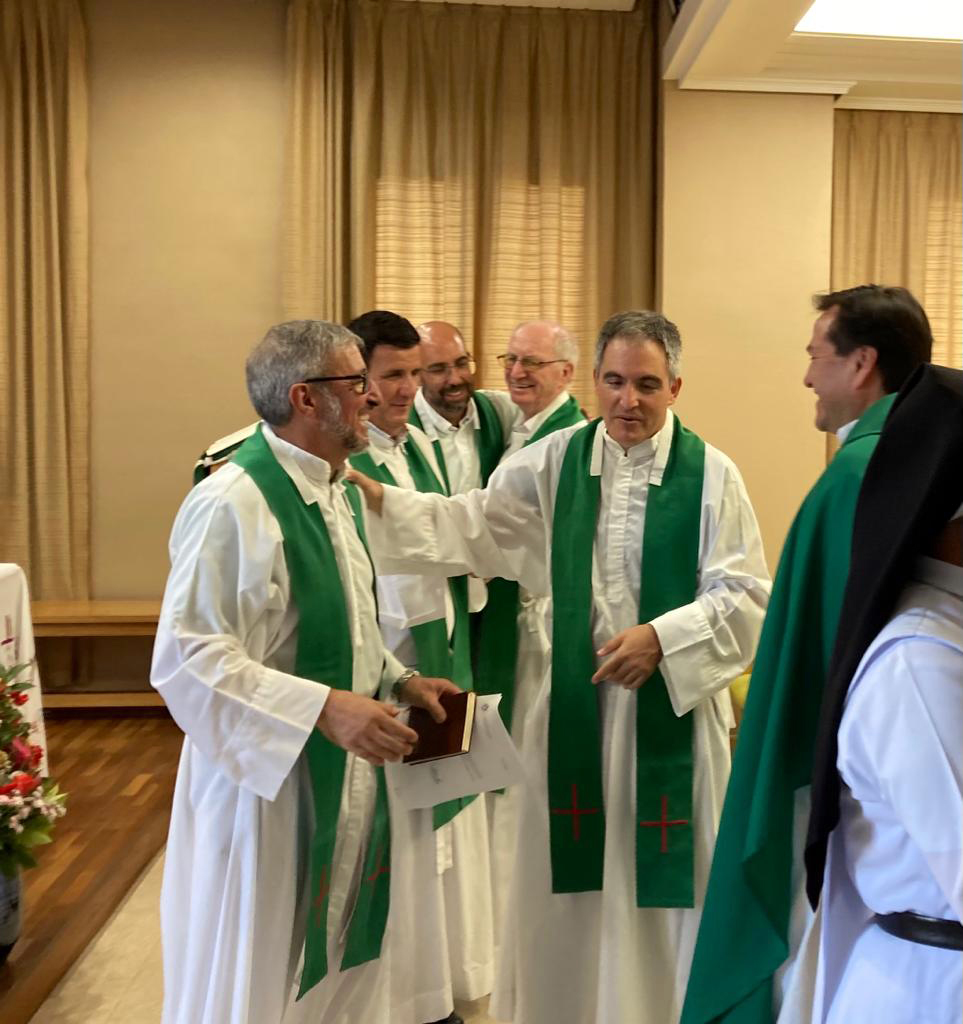 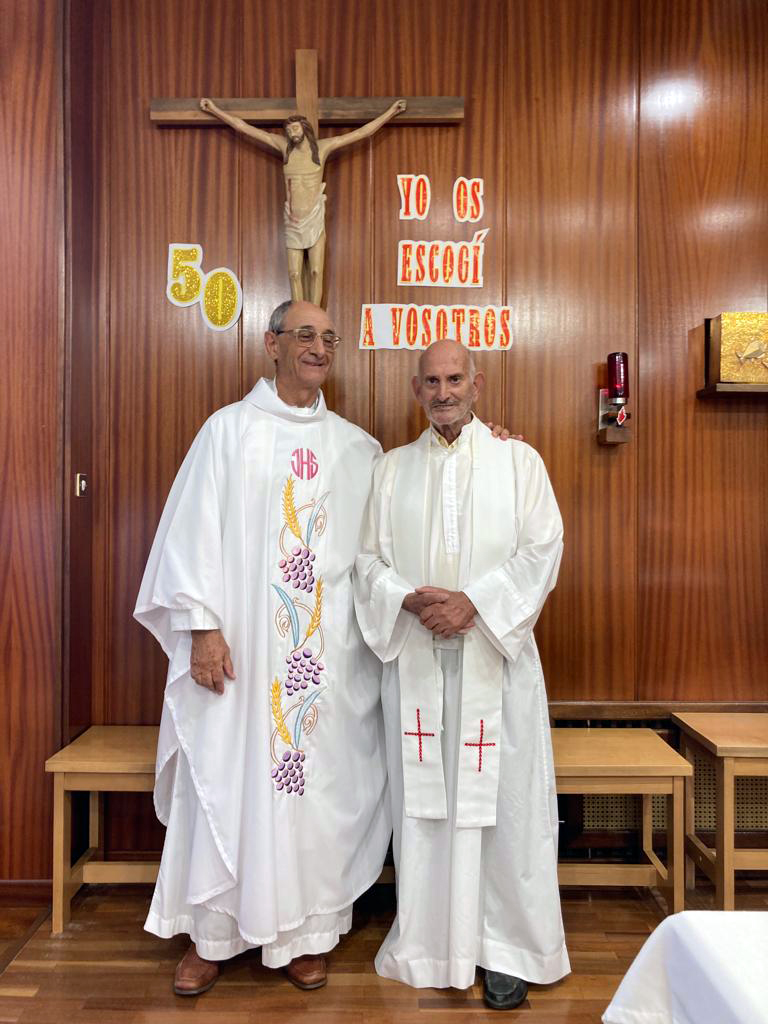 The Augustinian Recollect Carmelo Arroyo (Castromocho, Palencia, Spain, 1947), resident in the community of Valladolid, was ordained a priest on June 29, 1972, for which he celebrated the golden anniversary of his priestly ordination this year. This fact has not gone unnoticed and was remembered in a special way last Wednesday, August 3th.

Together with the members of his community, José García (Redecilla del Campo, Burgos, Spain, 1949), currently residing in Fortaleza, Brazil, and Carmelo's ordination companion, accompanied him and presided over the Eucharistic celebration.

Both have been religious since 1968, when they professed and finished their novitiate, and the celebration of their golden anniversary in Valladolid has a special significance because Carmelo was one of the first students of the Valladolid educational center of the Augustinian Recollects, inaugurated in 1961 as seminary; and José has already been a teacher in Valladolid in previous stages.

Carmelo has spent most of his years of ministerial life divided into two great contexts; first in the Anglo-Saxon world, after studying the English language in England and then serving in parishes in New York an Texas, in the United States. In the second part, he has been mainly in Spain, dedicated to the ministerial apostolate in parishes of Madrid and Valladolid.

José, for his part, has also lived preferably in two countries, Spain and Brazil. In the first, in addition to completing organ studies in Madrid, he has especially participated in the ministerial apostolate in Madrid and Chiclana de la Frontera (Cádiz), with a brief stint at the Saint Augustine College in Valladolid. Already in Brazil he has been more dedicated to the social and missionary apostolate, both in the Prelature of Lábrea (Amazonas) and now in the Hogar Santa Mónica de Fortaleza (Ceará).

The community of Valladolid has also taken advantage of the beginning of the month of August to formalize some of the notable changes that have taken place in its conformation. The new prior, Rafael Mediavilla, took office, as well as the vice prior, Juan Luis González. Juan Luis repeats as principal director of Saint Augustine College.