Twelve new Augustinian Recollect religious after the completion of the 2021-2022 novitiate in Monteagudo, Navarra, Spain

On August 6, in the context of the liturgical feast of the Transfiguration of the Lord, 12 young people from four countries completed their novitiate and professed their vows as Augustinian Recollects in a ceremony presided over by the prior general, Miguel Ángel Hernández. 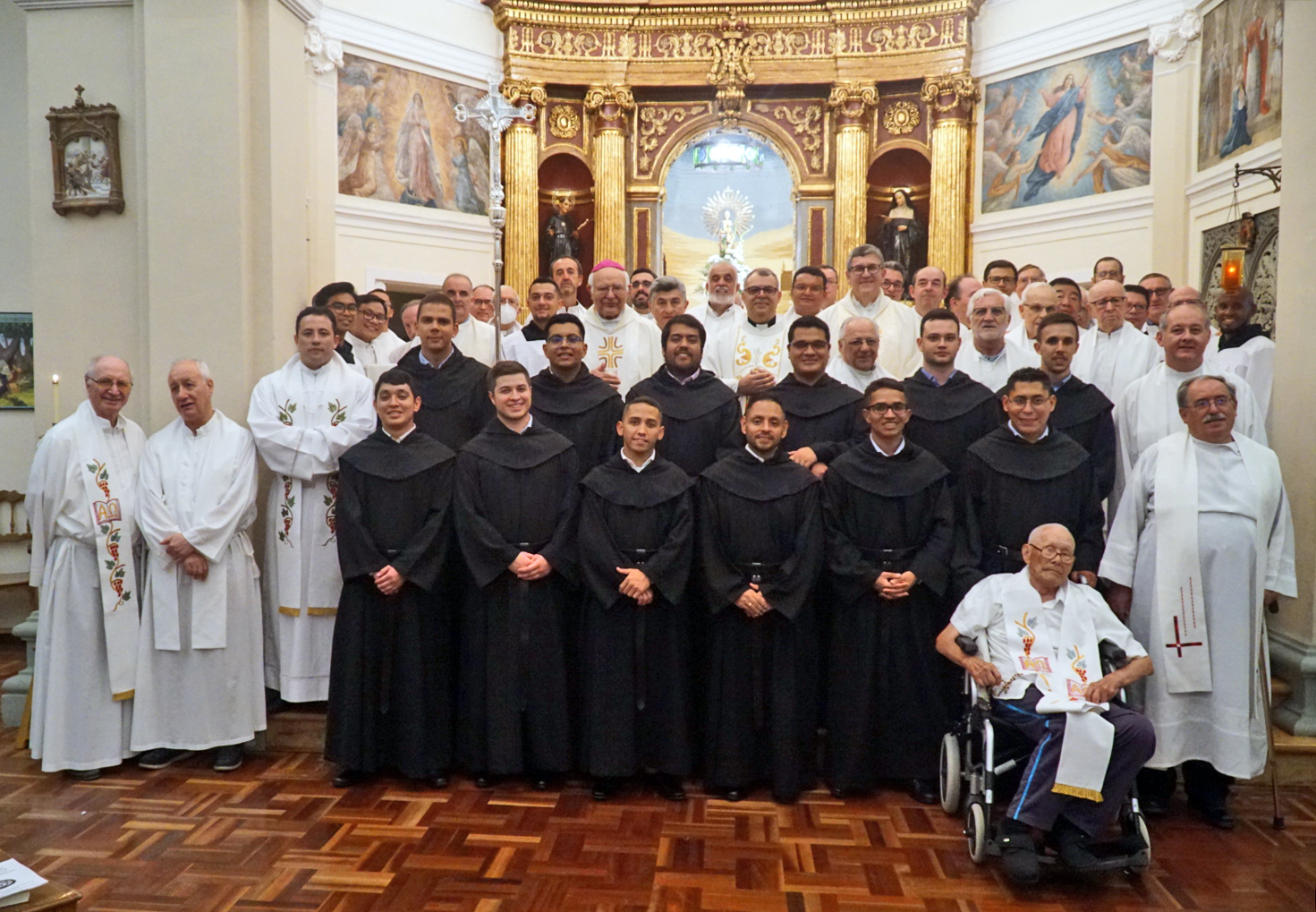 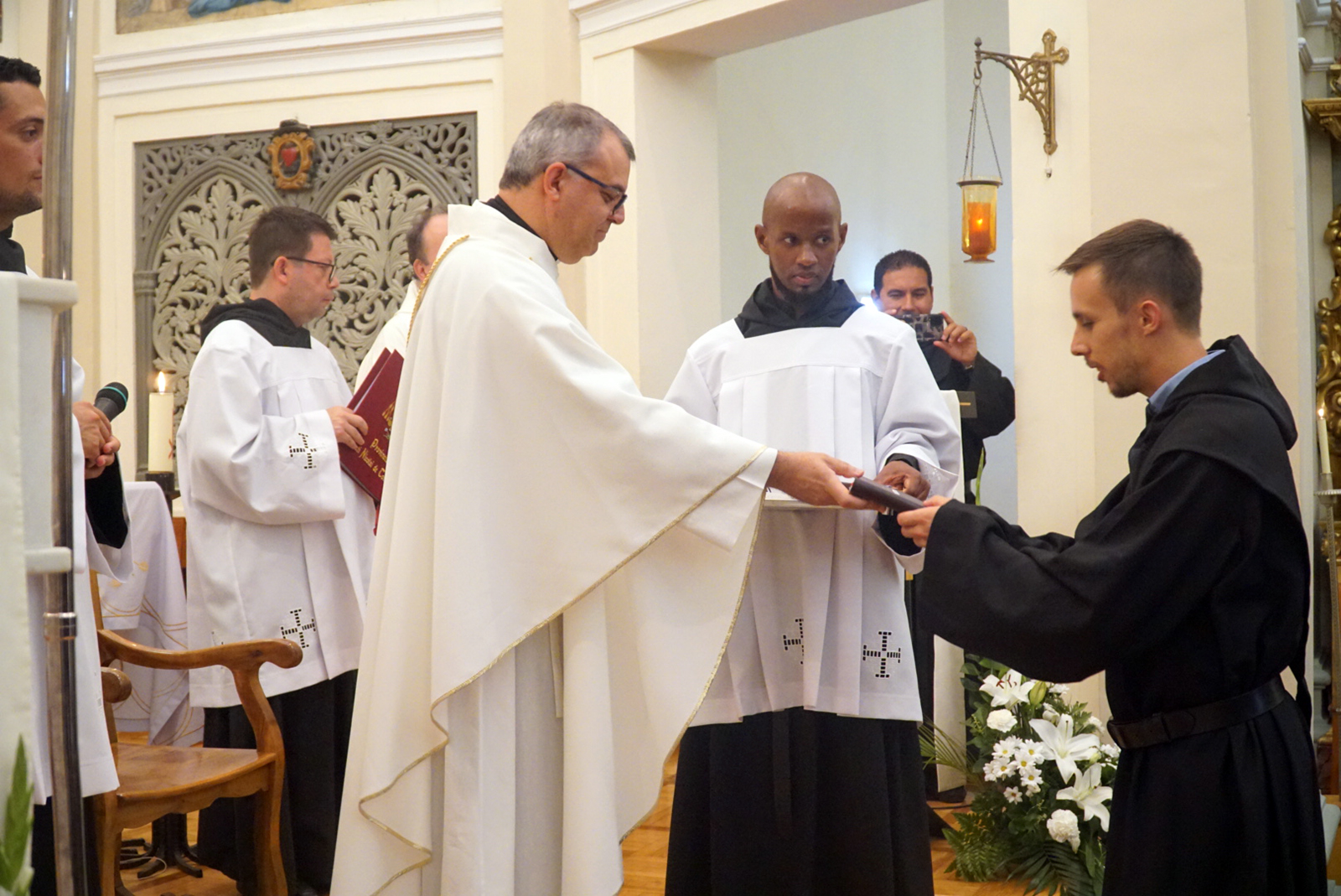 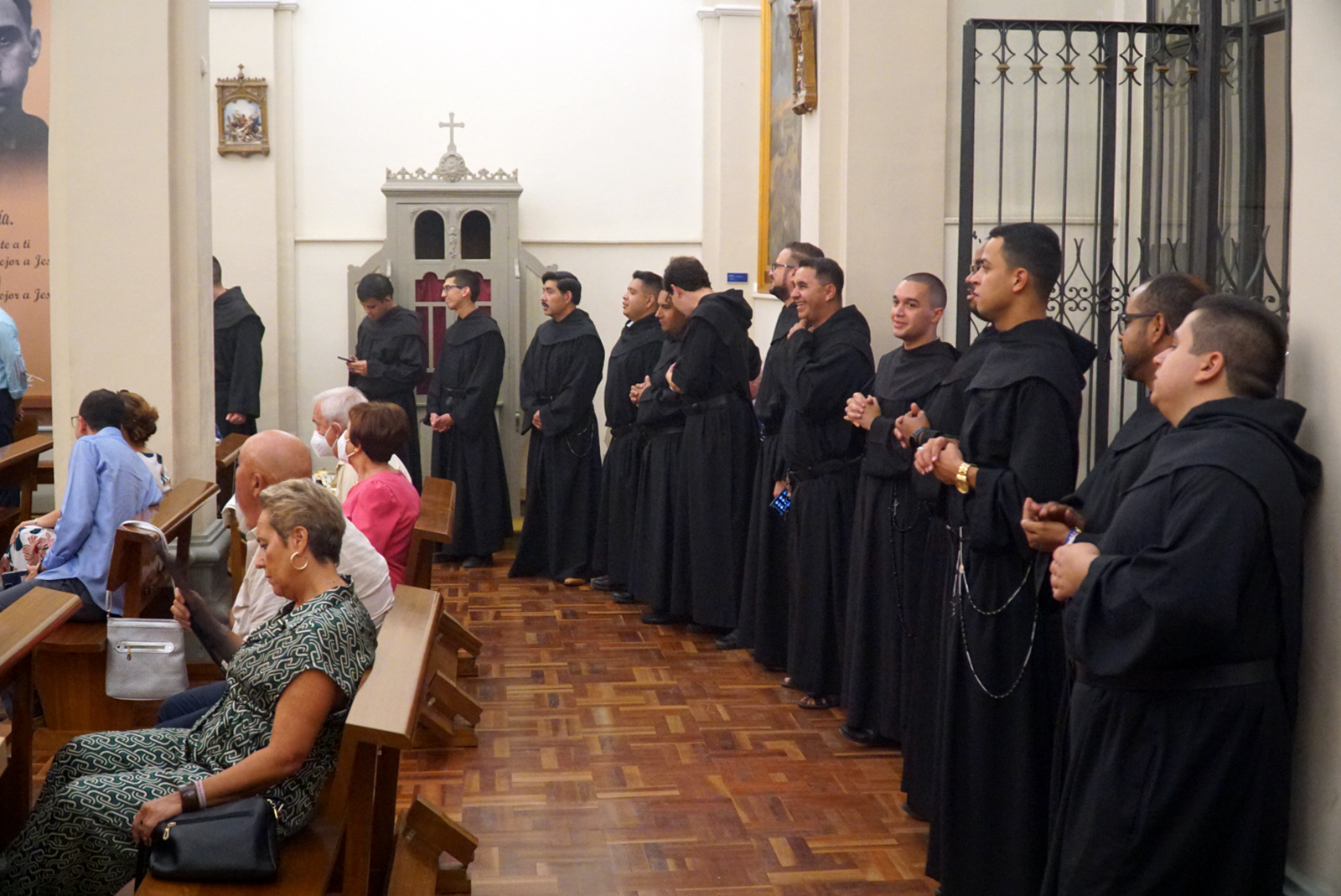 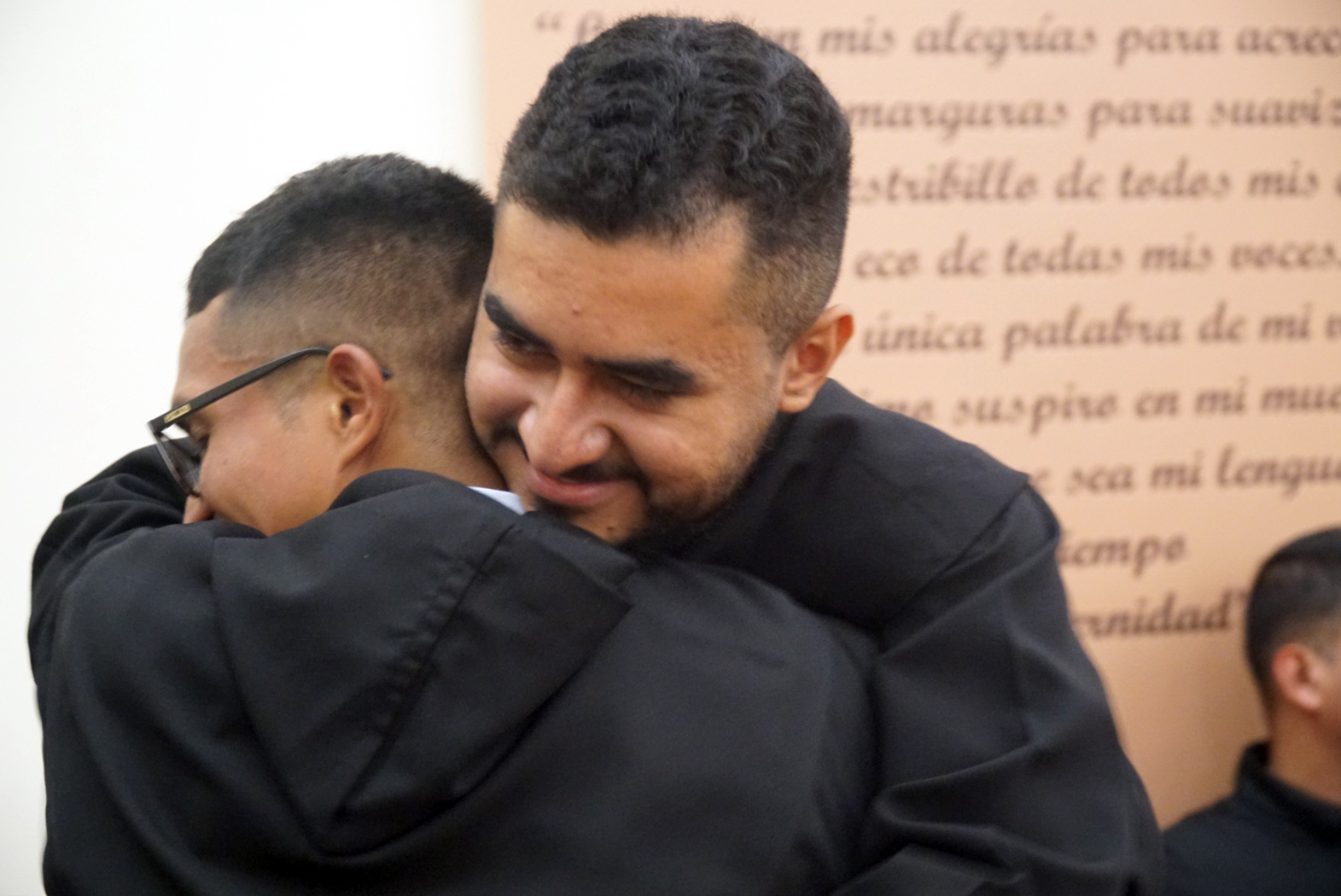 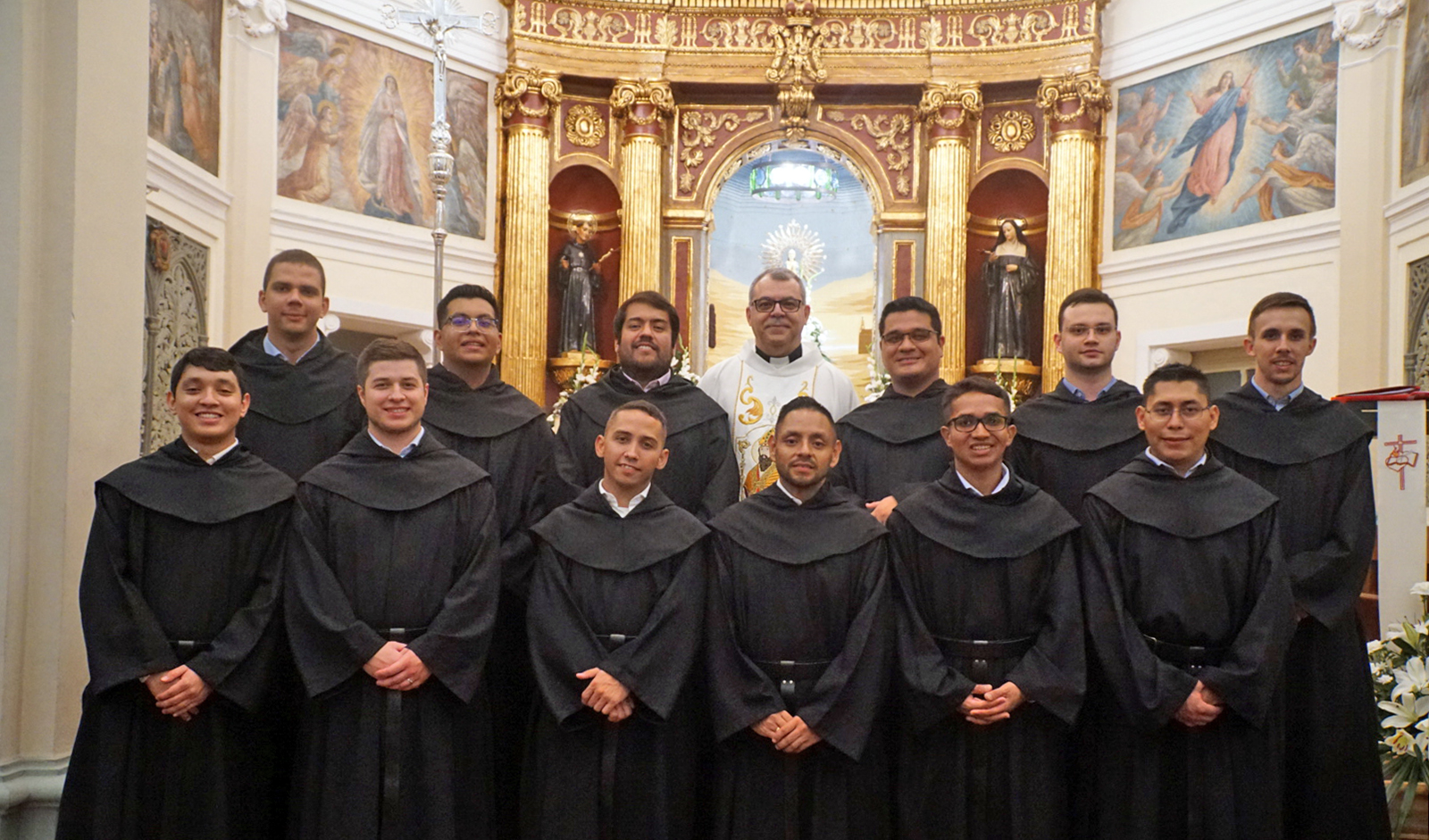 At 5:00 p.m. on Saturday, August 6th, in the Basilica of Our Lady of the Way of Monteagudo (Navarra, Spain), twelve young people finished the 2021-2022 novitiate with the profession of the evangelical counsels of chastity, poverty and obedience and were welcomed within the Order by the prior general, Miguel Ángel Hernández.

After the initial rites and the Liturgy of the Word, the novices publicly expressed their desire to profess their vows and enter the Order of Augustinian Recollects. Before the rite of profession, during the homily, the prior general invited them to live their religious profession “from love”, with a deep Christian meaning.

Hernández affectionately called them “crazy” for opting for this consecration to God in the midst of a society governed by diametrically opposed values, responding with love and generosity to the call that God made them.

After the homily, the twelve young people individually professed their vows and signed the act of profession, receiving the Augustinian Recollect habit, the Rule of Saint Augustine and the Constitutions of the Order of Augustinian Recollects. Next, the welcoming embrace of all the professed religious present at the ceremony.

Before the final blessing, the new Recollect religious addressed a few words of thanks to God, to their families, to the Order that welcomed them and to the friars who have accompanied them so far in their vocational discernment process. Now they begin a new stage in the houses of Las Rozas (Madrid) and Monachil (Granada) according to their respective belonging to the Province of Saint Nicholas of Tolentine or that of Saint Thomas of Villanova.

In the celebration there was a special thanks to Brother Wilmer Moyetones, who for the last five years has been Master of Novices and who now begins a new service as Vicar of Peru of the Province of Saint Thomas of Villanova.

The ceremony concluded with the congratulations and farewell of the faithful of Monteagudo to these 12 new religious who for a year have lived in their town as novices. The house offered an appetizer to continue the party, increase the hugs and live the fraternity and joy of the shared Augustinian Recollect charism.

The ceremony was attended by both faithful from Monteagudo and Recollects from different places; the formative communities of Las Rozas (Madrid) and Monachil (Granada), the participants of the special month of preparation for the solemn profession that takes place in San Millán de la Cogolla (La Rioja) and, at the altar, up to 38 priests and Bishop Ángel San Casimiro, emeritus of Alajuela (Costa Rica).

Representing the Province of Saint Nicholas of Tolentine was the prior provincial, Carlos González, as well as the vicar of Mexico and Costa Rica, Martín Luengo. There were also four of the members of the General Council and representatives of the four Provinces of the Order.