50 years of walking together, creating community and sharing the Augustinian Recollect charism

Twelve religious of the Province have just completed 50 years of religious profession. Seven of them have been able to join in an emotional celebration at the Monteagudo novitiate on July 30th, in the same place where they professed the evangelical counsels as Augustinian Recollects. 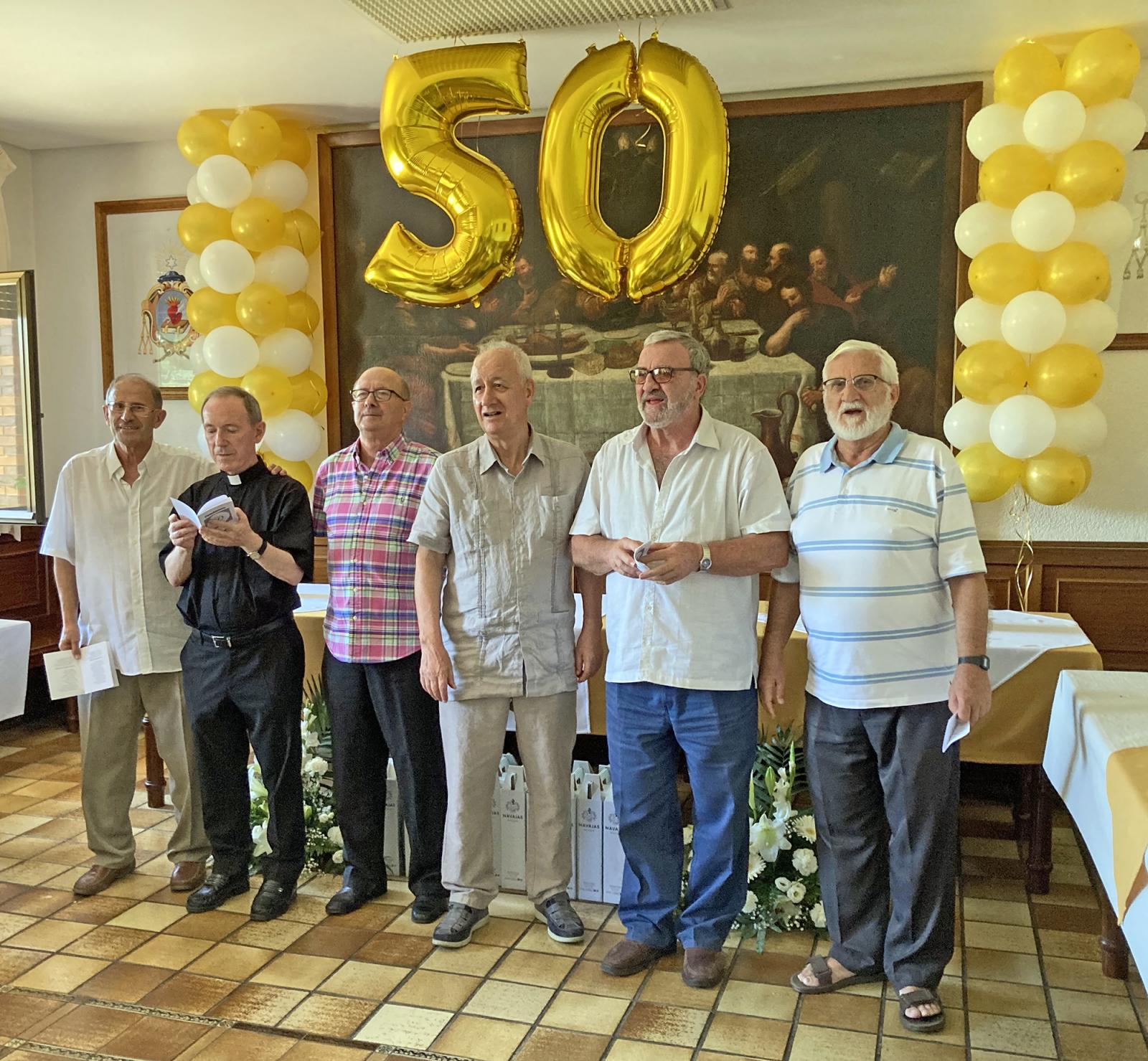 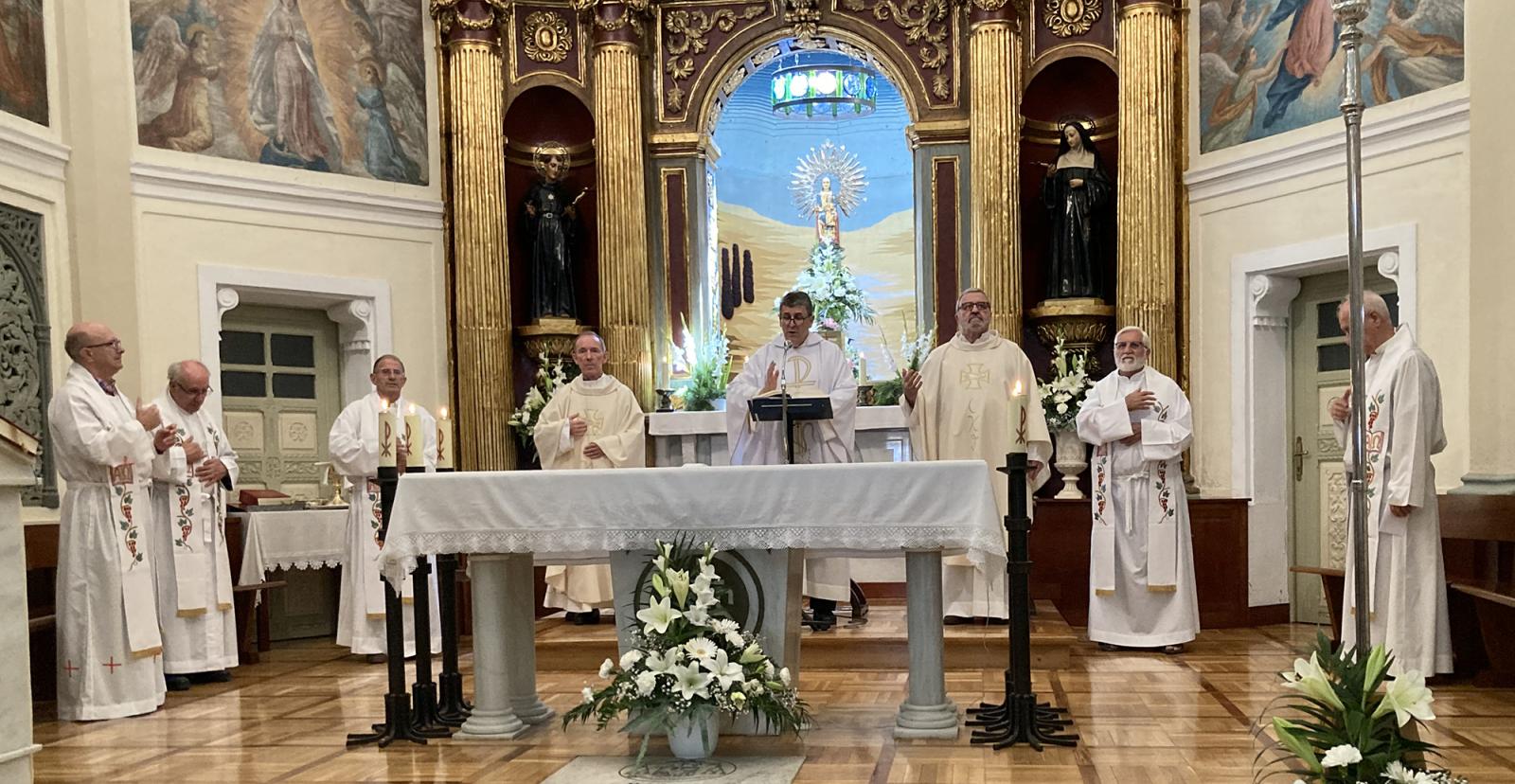 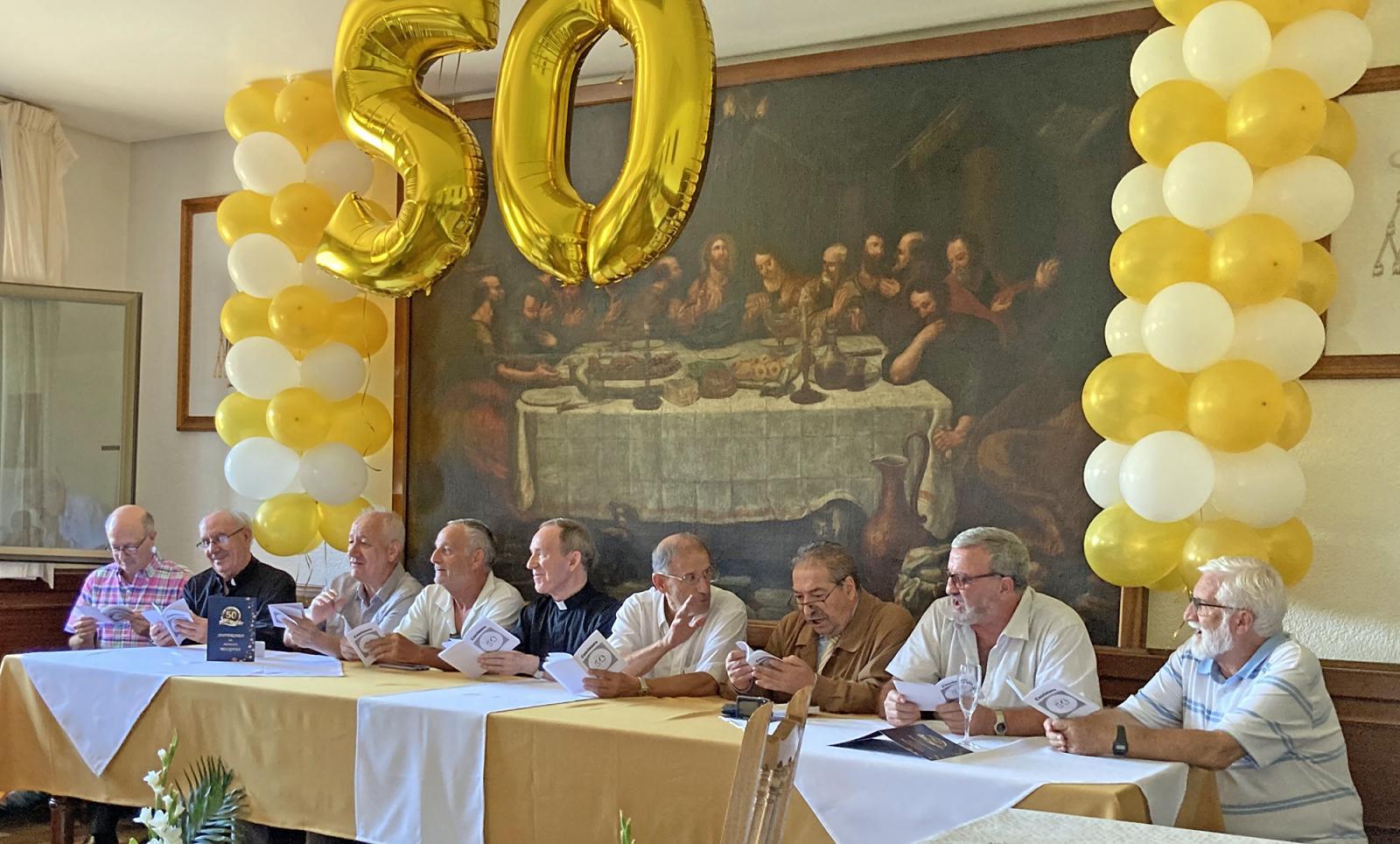 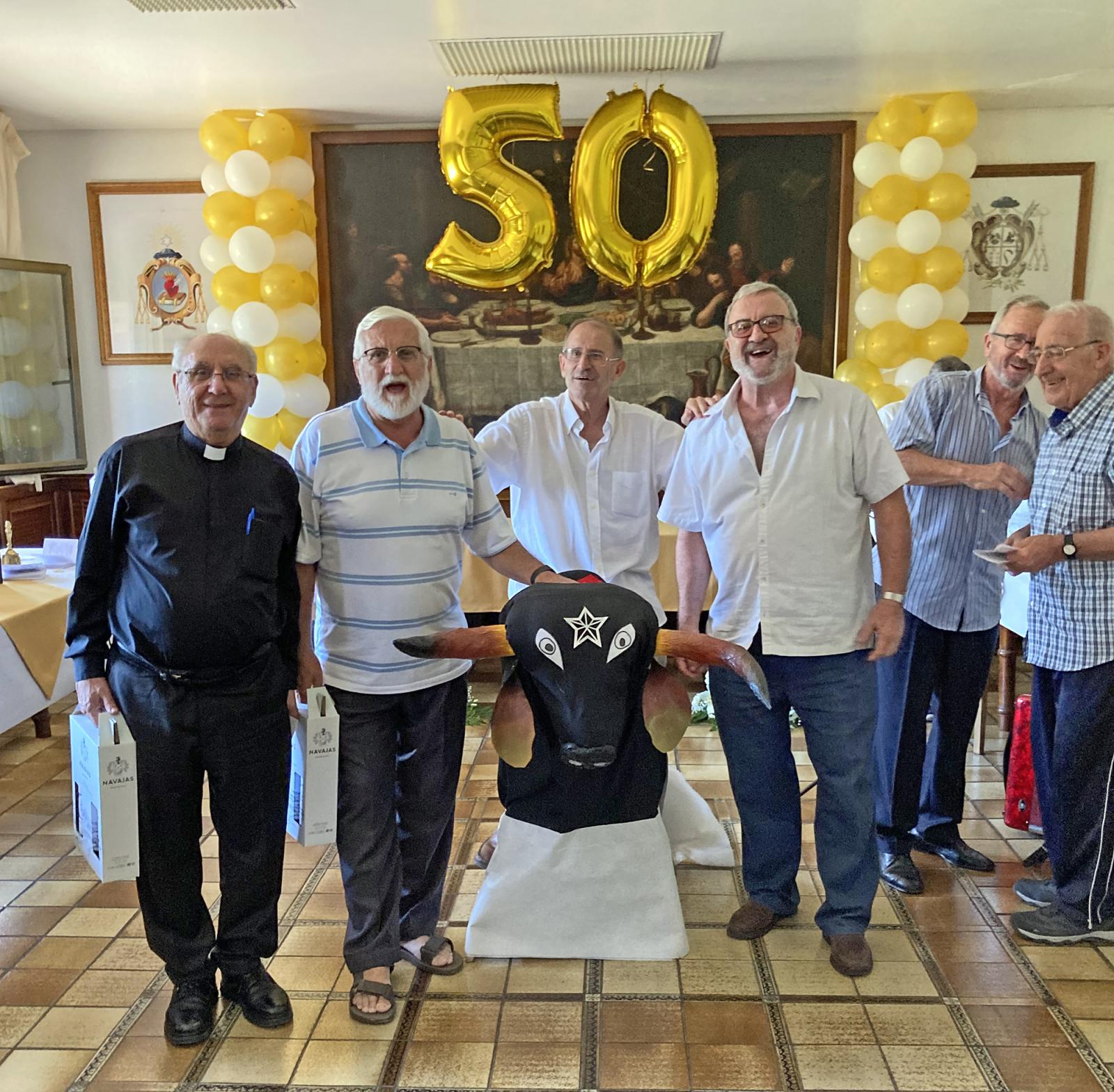 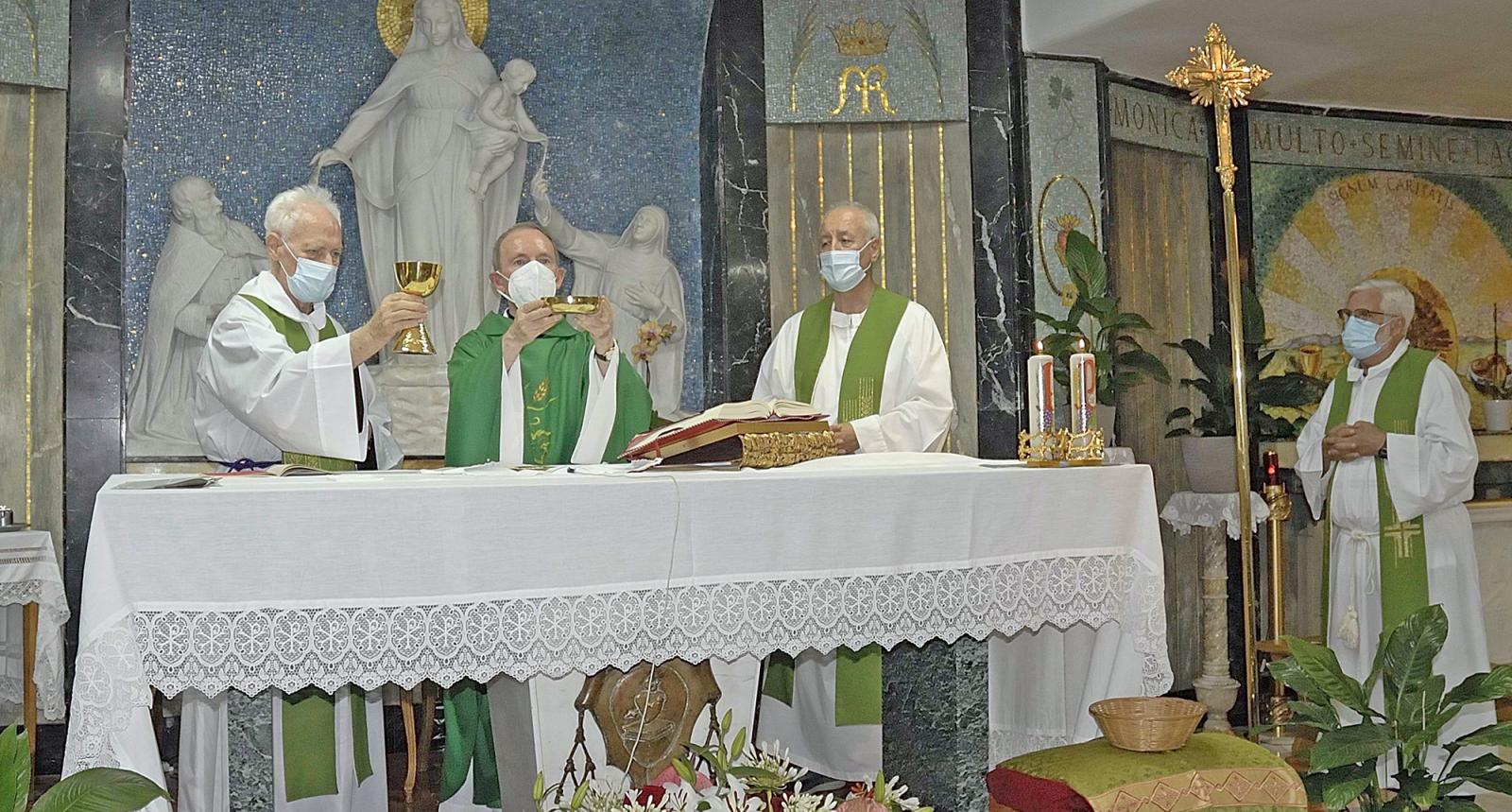 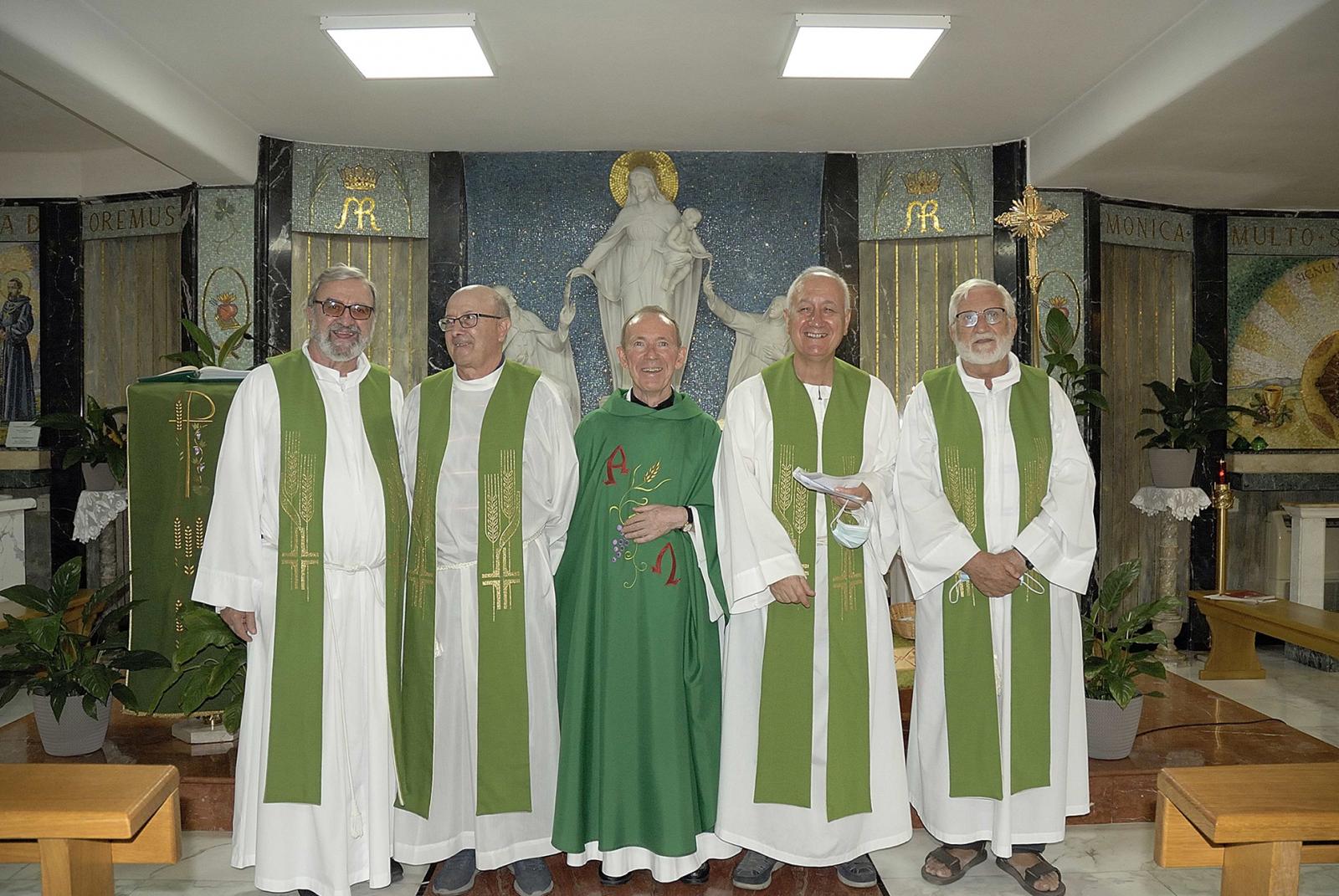 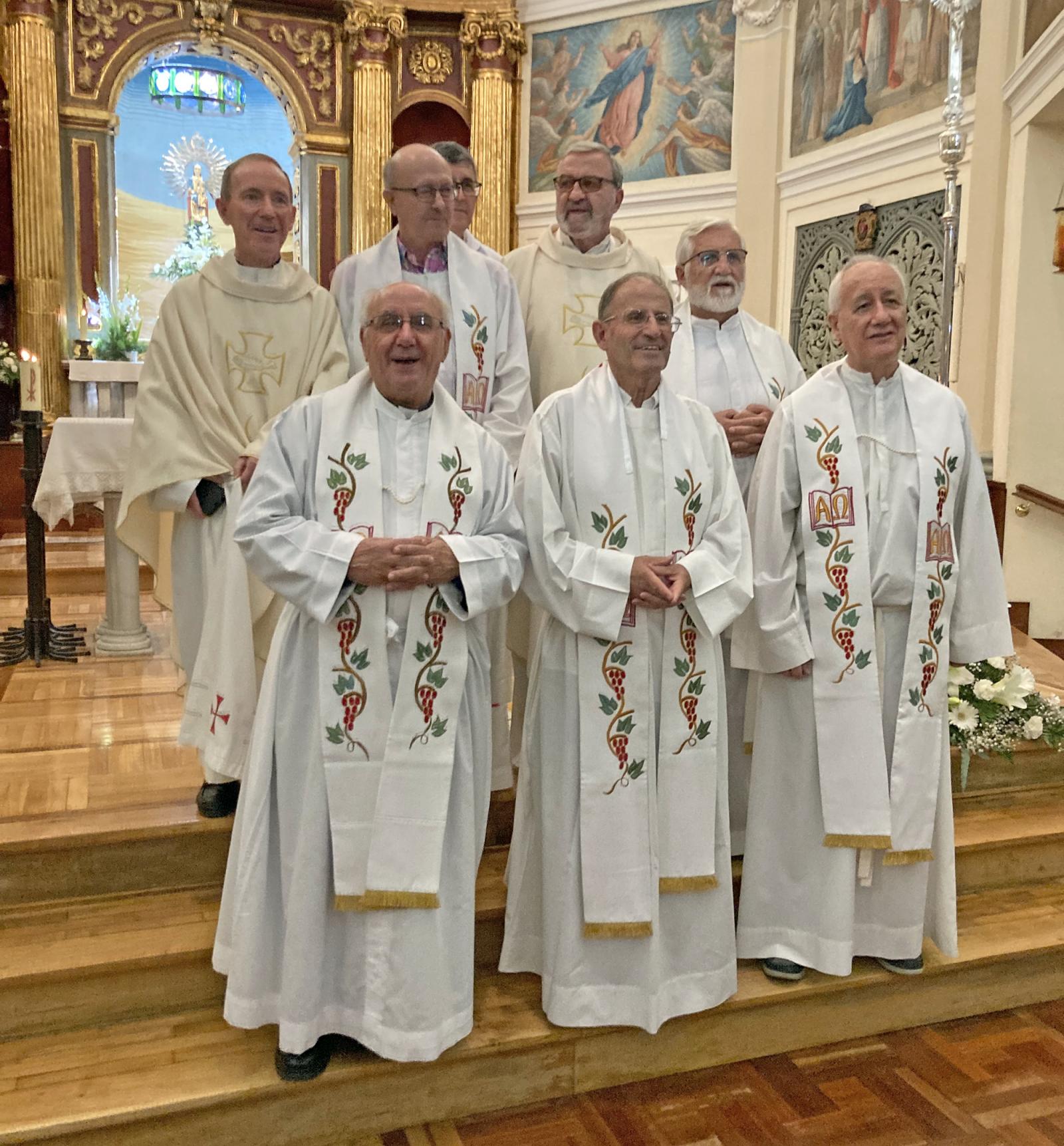 There were a total of 21 young people who pronounced the vows of poverty, chastity and obedience before the then prior general of the Order of Augustinian Recollects, Luis Garayoa. In response to his promises, he welcomed them into the Order as sons of the Province of Saint Nicholas of Tolentine. It was August 13th, 1972 and the 21 thus finished the stage of the novitiate in Monteagudo (Navarra, Spain).

During the subsequent 50 years, six chose other paths of life; three were stopped by death before they even reached the flying finish line of the silver jubilee; and of the remaining twelve, seven were able to celebrate the anniversary together in Monteagudo and only five lived together for a week in Rome as a golden wedding gift granted by their Province.

They all lived their adolescence and youth in the seminaries of Valladolid, Lodosa and Fuenterrabía (Guipúzcoa). Already religious after professing in Monteagudo, they studied theology in Marcilla (Navarra) until they were ordained priests at the age of 23.

Since then their trajectories have separated, since they went to serve the People of God in diverse places and with very varied services. The seven who have celebrated the golden wedding anniversary in Monteagudo are Paciano Gallego, Cirilo Emiliano de Esteban, Javier Ruiz, José Javier Lizarraga, Miguel Ángel Peralta, José Félix Troncoso and Pablo Panedas.

Among the seven, they have participated in practically all the services that the Recollects usually carry out: ministerial and parish apostolate, missions, educational apostolate, initial and ongoing formation, historical research, promotion of spirituality...

And between the seven of them they have also lived their Augustinian Recollect life in almost all the places where the Province is present: Spain, Italy, England, the United States, Mexico, Costa Rica and Brazil. Even some with stays in the Philippines.

On Saturday, July 30, before Our Lady of the Way, next to the tomb of Saint Ezekiel Moreno, at the same point where they pronounced their first vows on August 13th, 50 years ago, they celebrated the memory of their first profession together with three companions of the first hour, a group of relatives, the entire Monteagudo community and some representatives of other communities.

The Mass chosen, and sung at the top of its lungs, was the classic angelis. The prior provincial, Carlos González, presided, who stressed in his homily the central importance of gratitude that defines all Christian life and religious life in particular.

Perhaps the most emotional part of the act followed:

the renewal in chorus by the seven, in a slow and profound way, of the vows pronounced in 1972.

The party was signed by a true banquet prepared with care, delicately served and decorated with gifts and varied details. A whole torrent of emotions that was expanded in a pleasant session of popular songs representative of the five decades that were offered to the Lord.

Between July 18th and 25th, five of the honorees made a pilgrimage to Rome to celebrate their golden anniversary of profession: José Javier, José Félix, Javier, Pablo and Miguel Ángel. Its base of operations was the College of Saint Ildefonso and Saint Thomas of Villanova of the Augustinian Recollects on Via Sistina, in the center of the Italian capital.

There they were entertained at all times, and there they took shelter from the inclement sun after each hard day in the churches, museums, monuments... and fountains of the Eternal City.

It was a pilgrimage, celebration and also coexistence, after so many years. Tasty coexistence, remembering old times, absent companions, so many brothers found in life.

Also in those days, confused among the tourists of the Eternal City, the old ideals, the old illusions, revived; New projects arose, new commitments were born, strength resprouted...

Facing the public they also had a celebration in the chapel of the General Curia on Saturday the 23rd. It was the ordinary pre-festive mass and it was attended, in addition to the usual faithful, by a good group of specially invited people. All were encouraged, at the end of the Eucharist, to prolong the party with an aperitif offered by the Order.