Drafted by the 128th Provincial Chapter and approved by the General Council on July 21st, it consists of 60 concrete and evaluable Decisions, with those responsible and the time for its execution. This document will guide the life of the Province for the next four years. 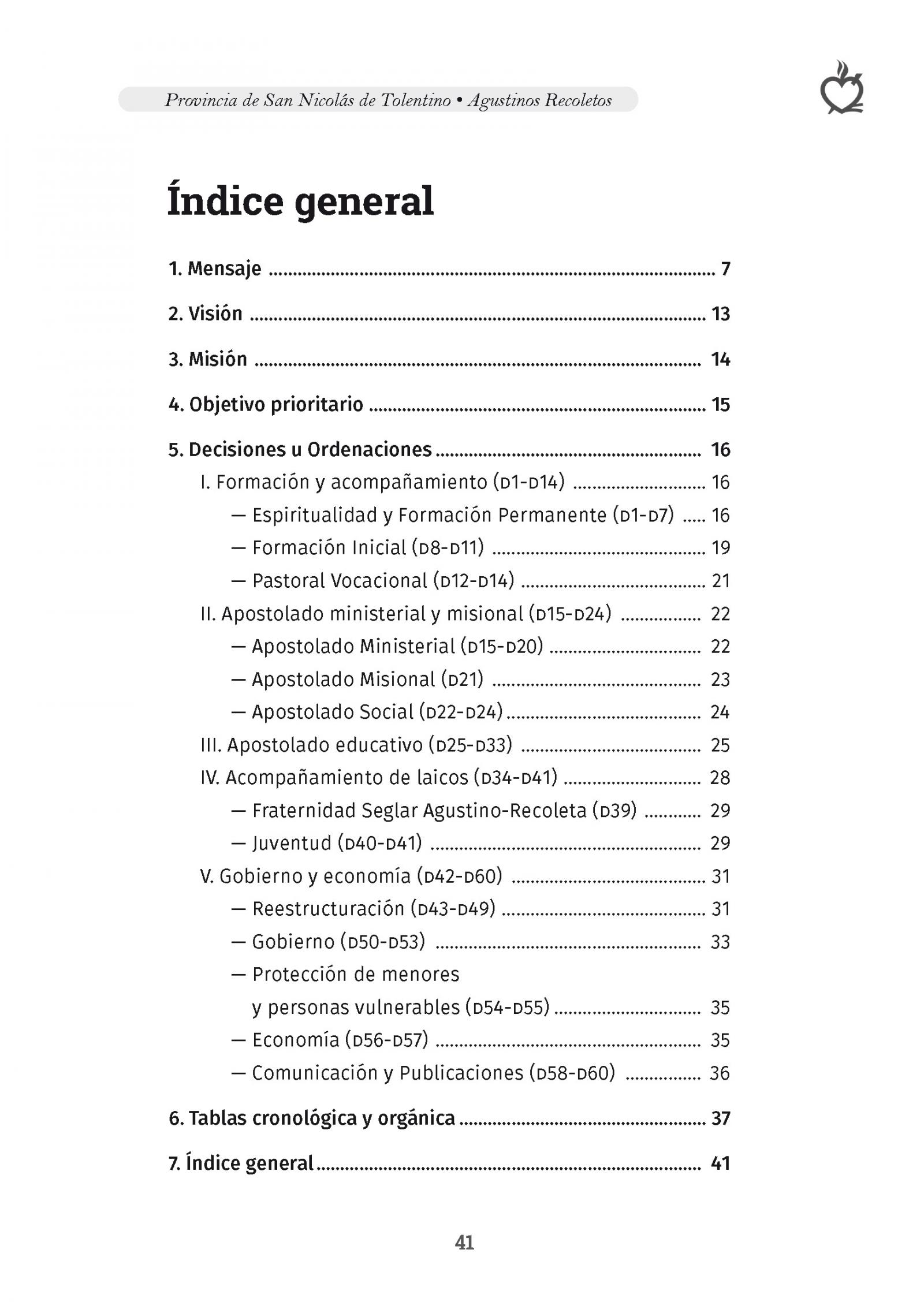 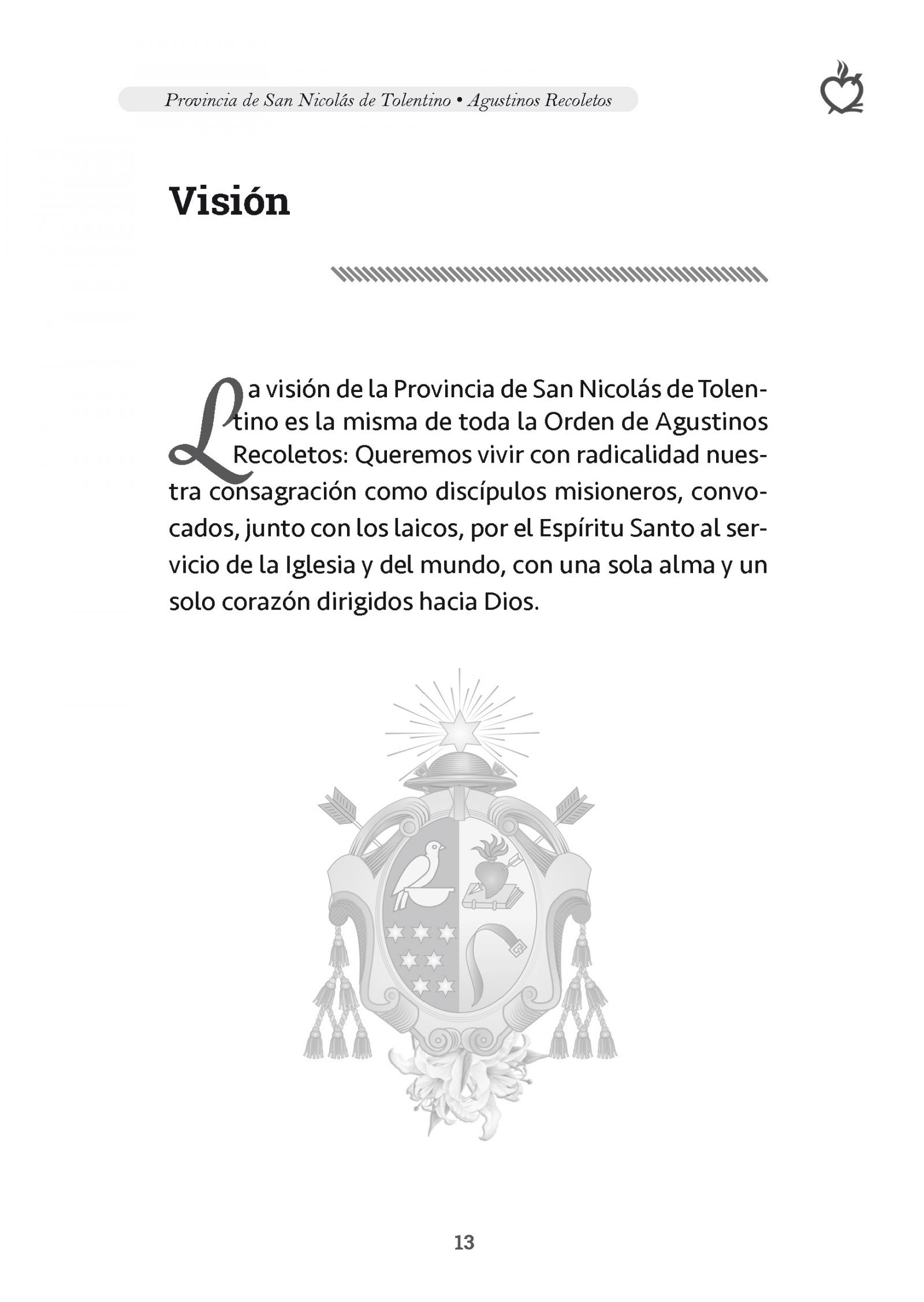 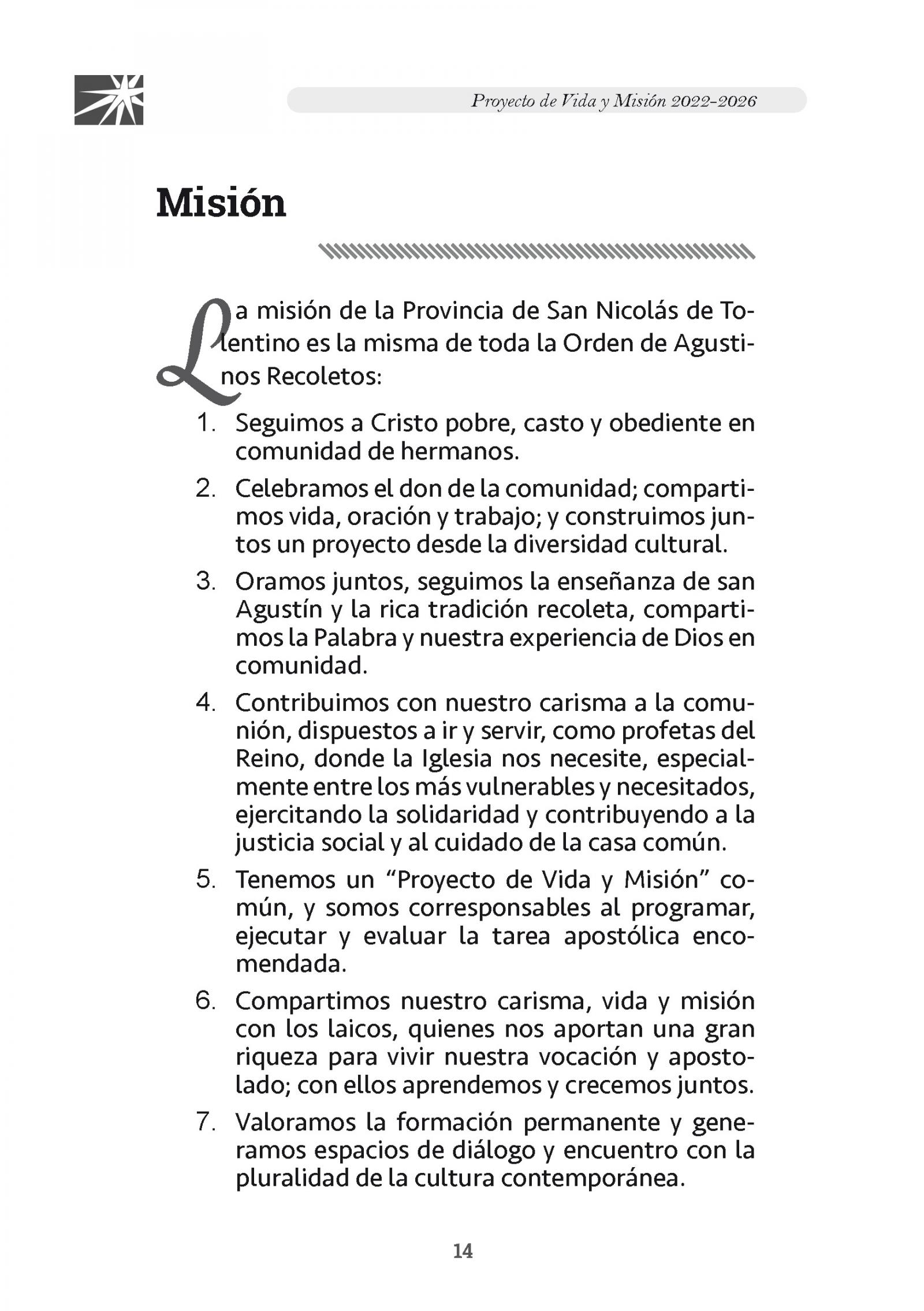 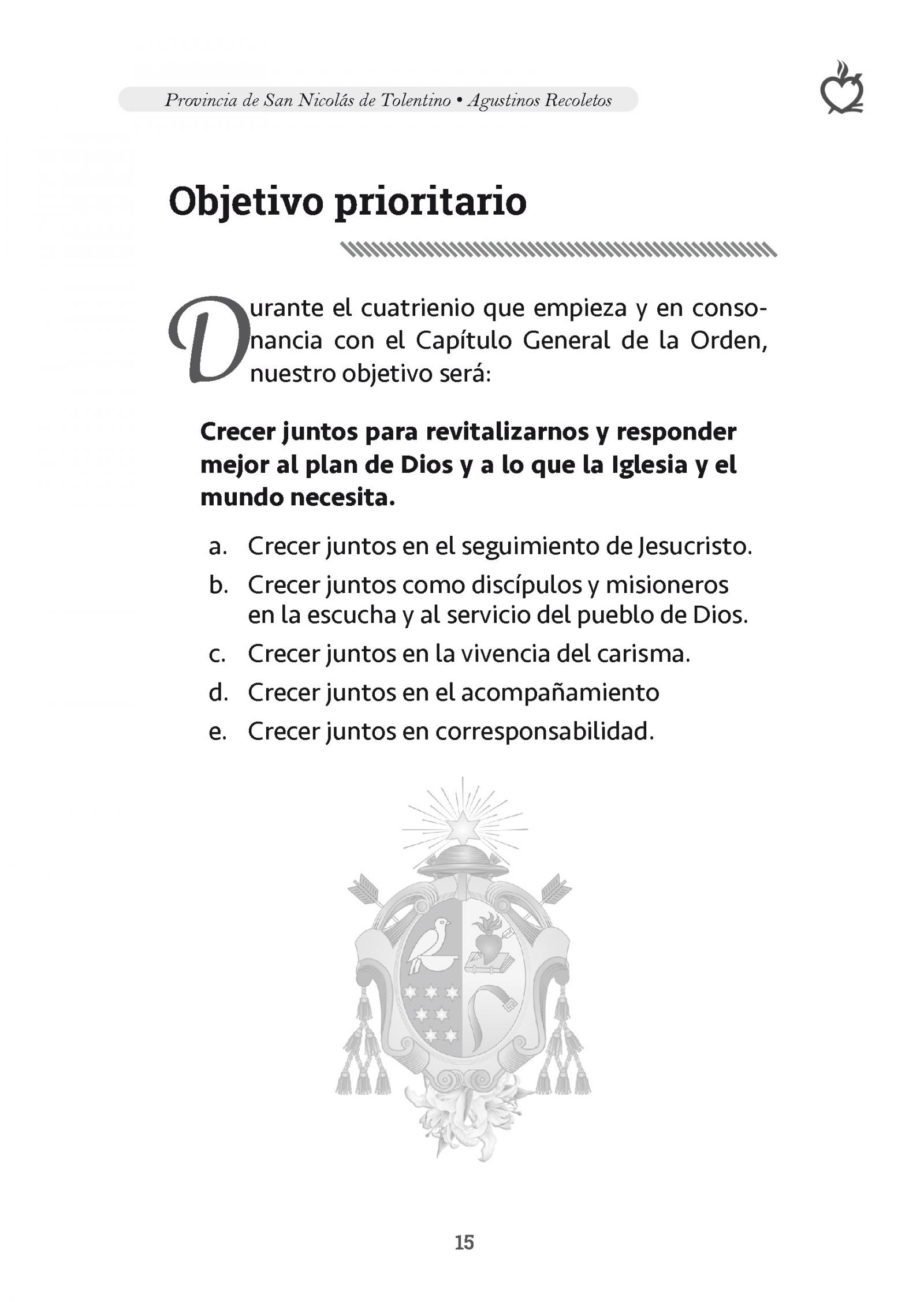 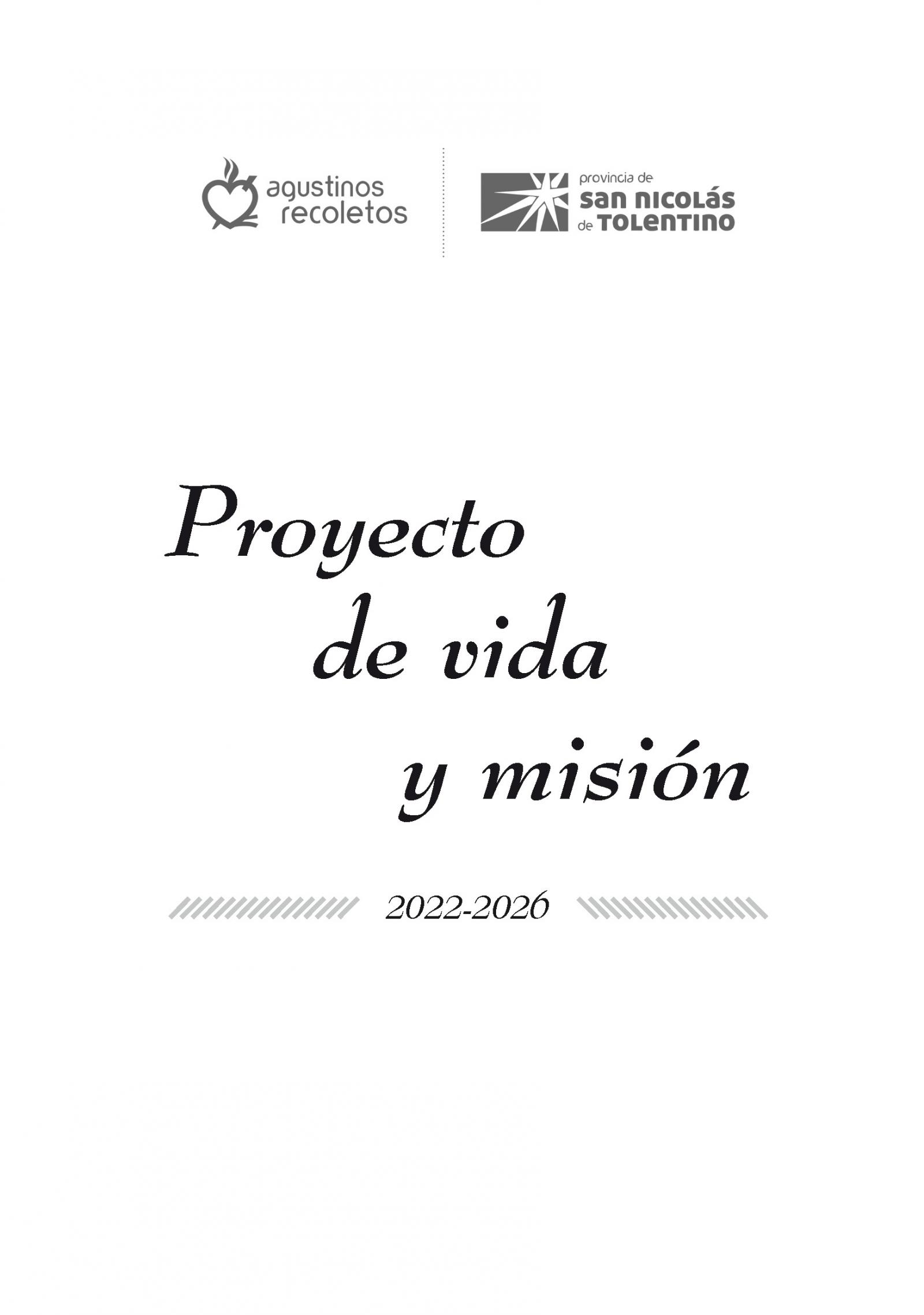 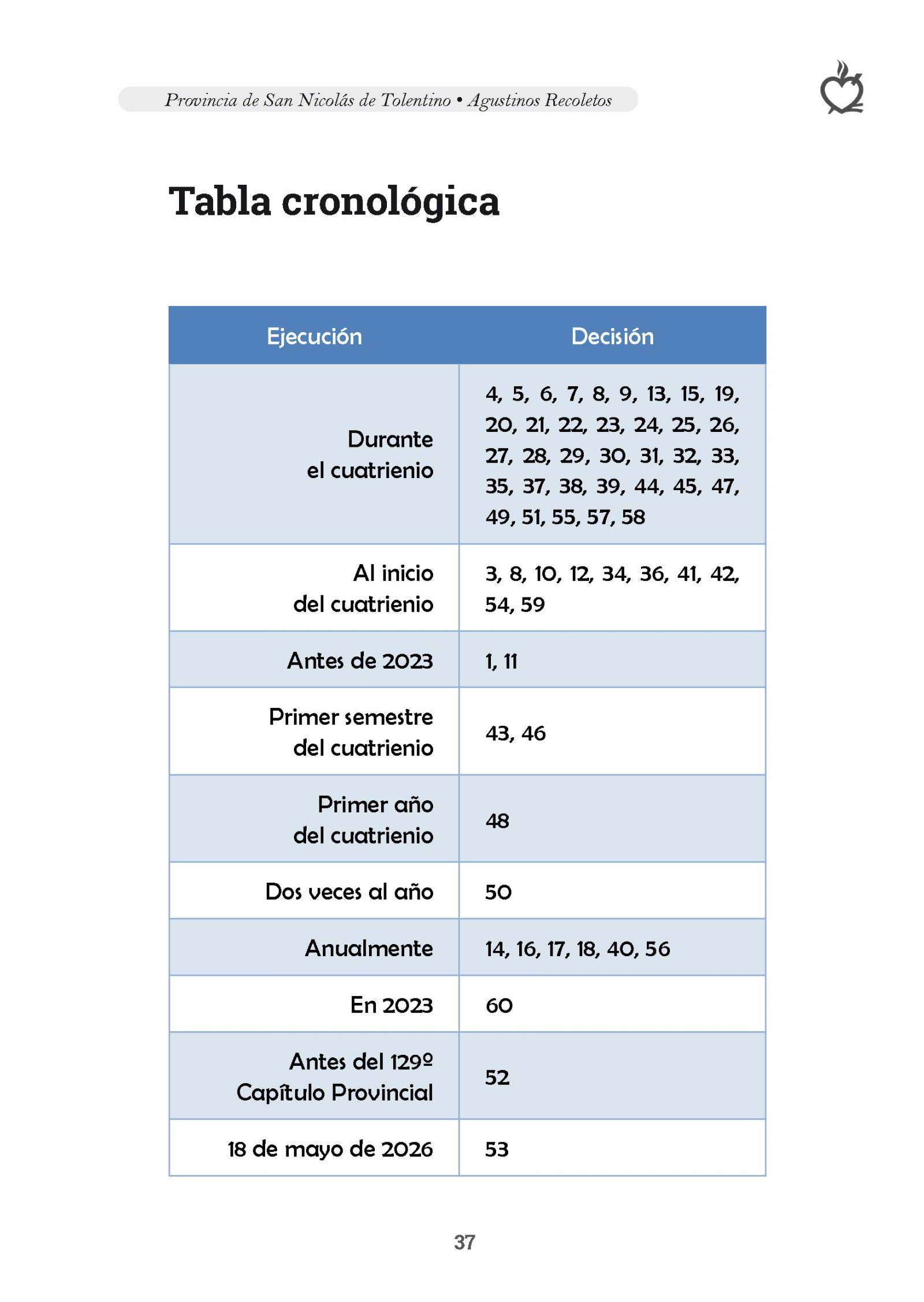 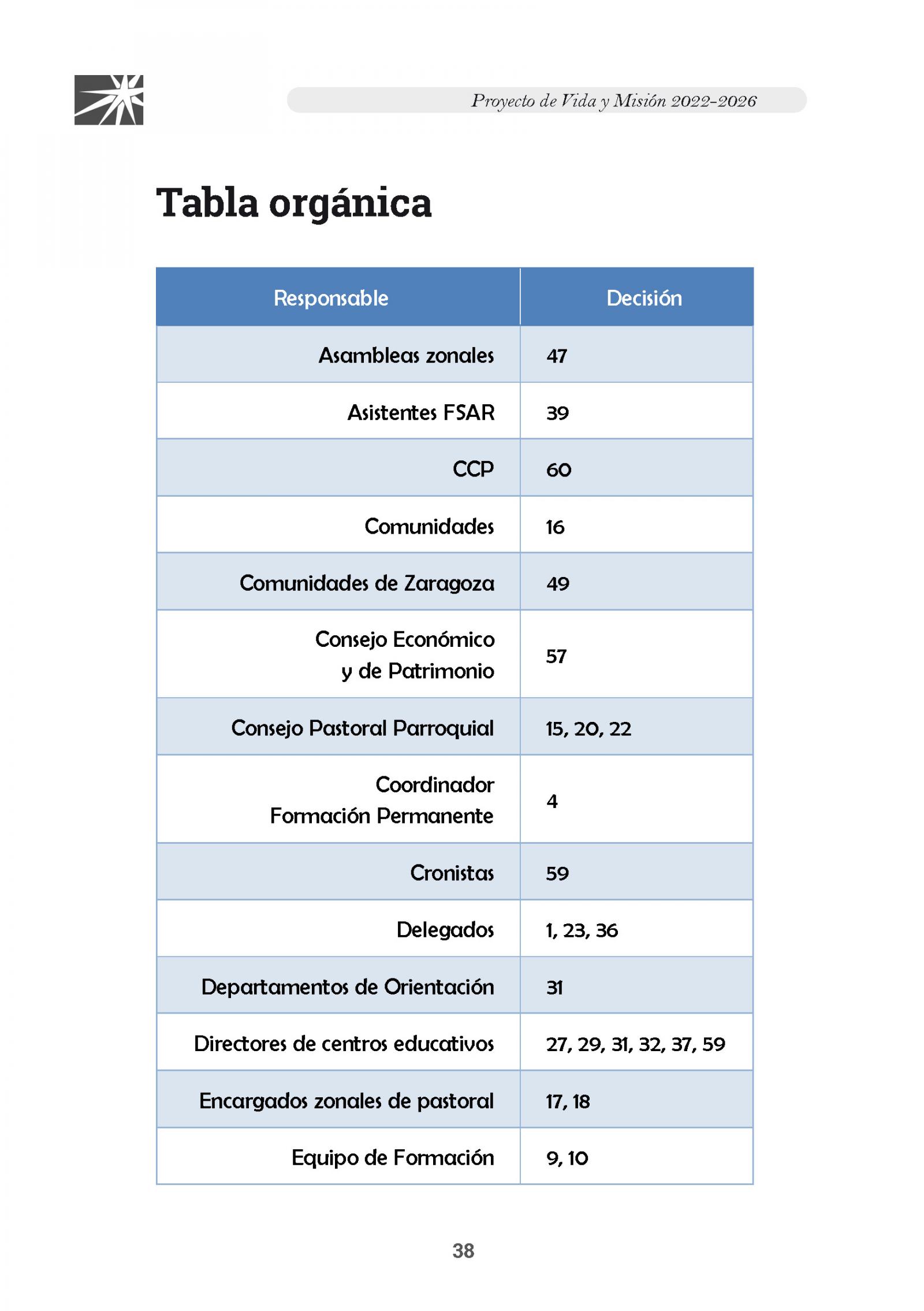 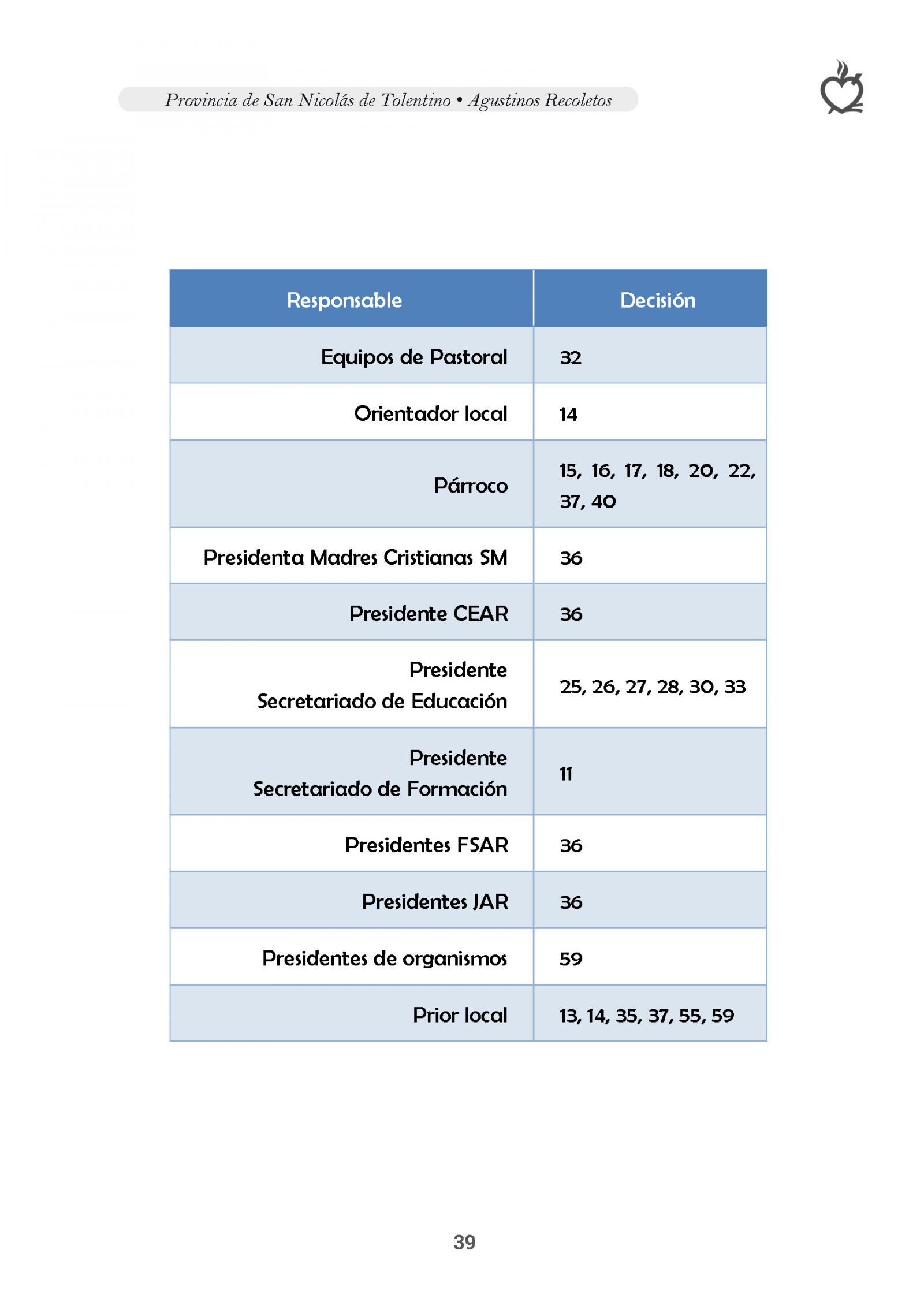 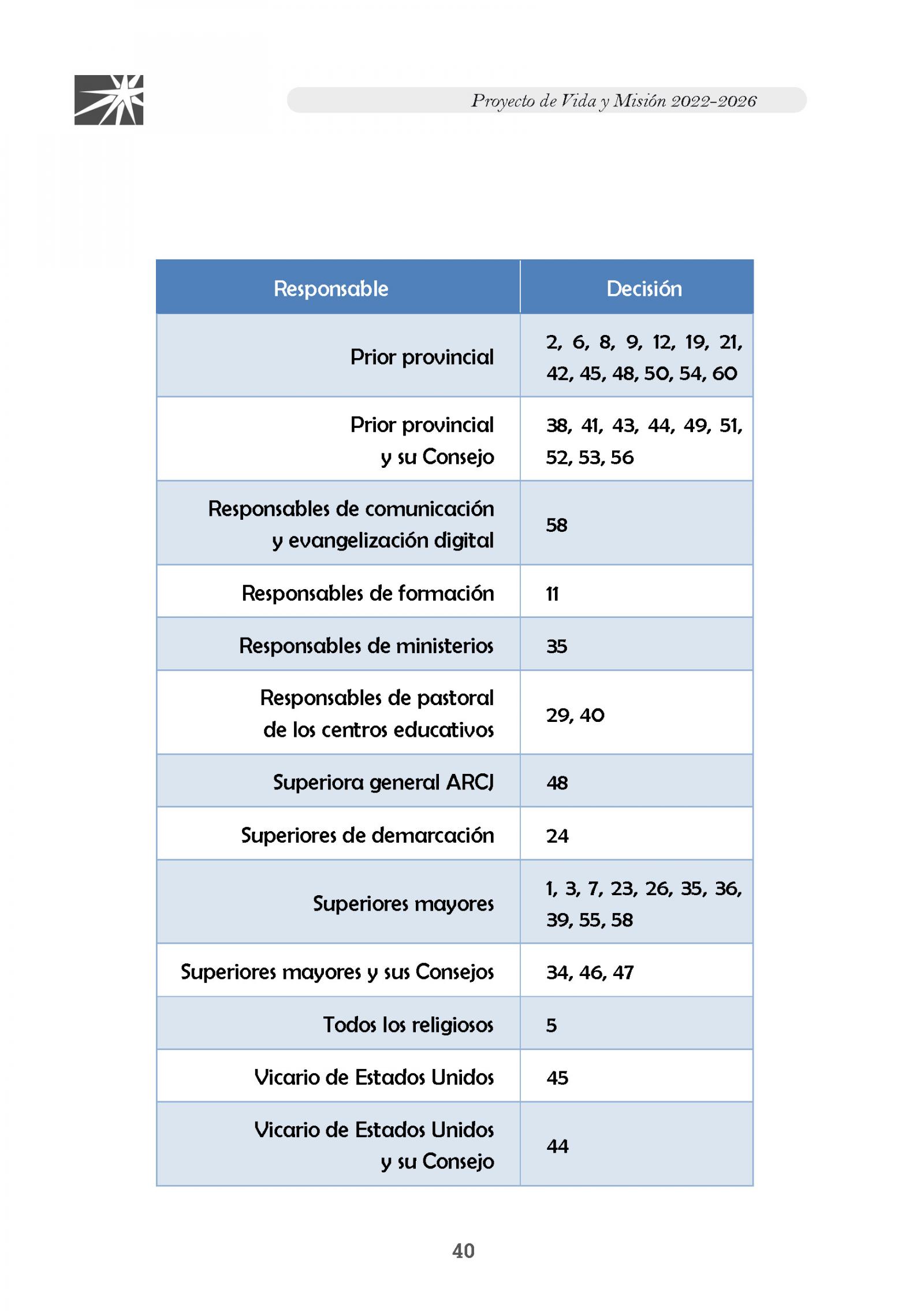 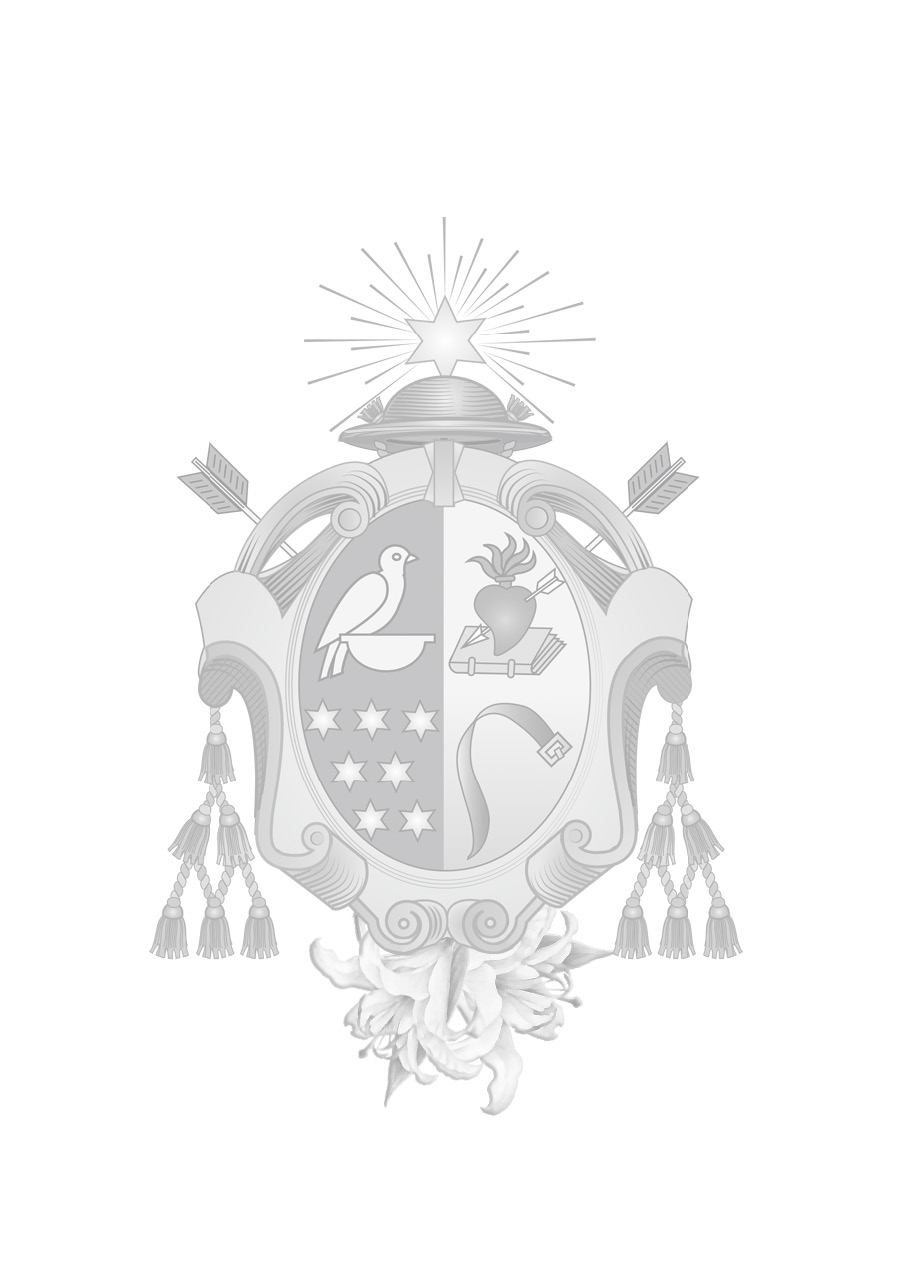 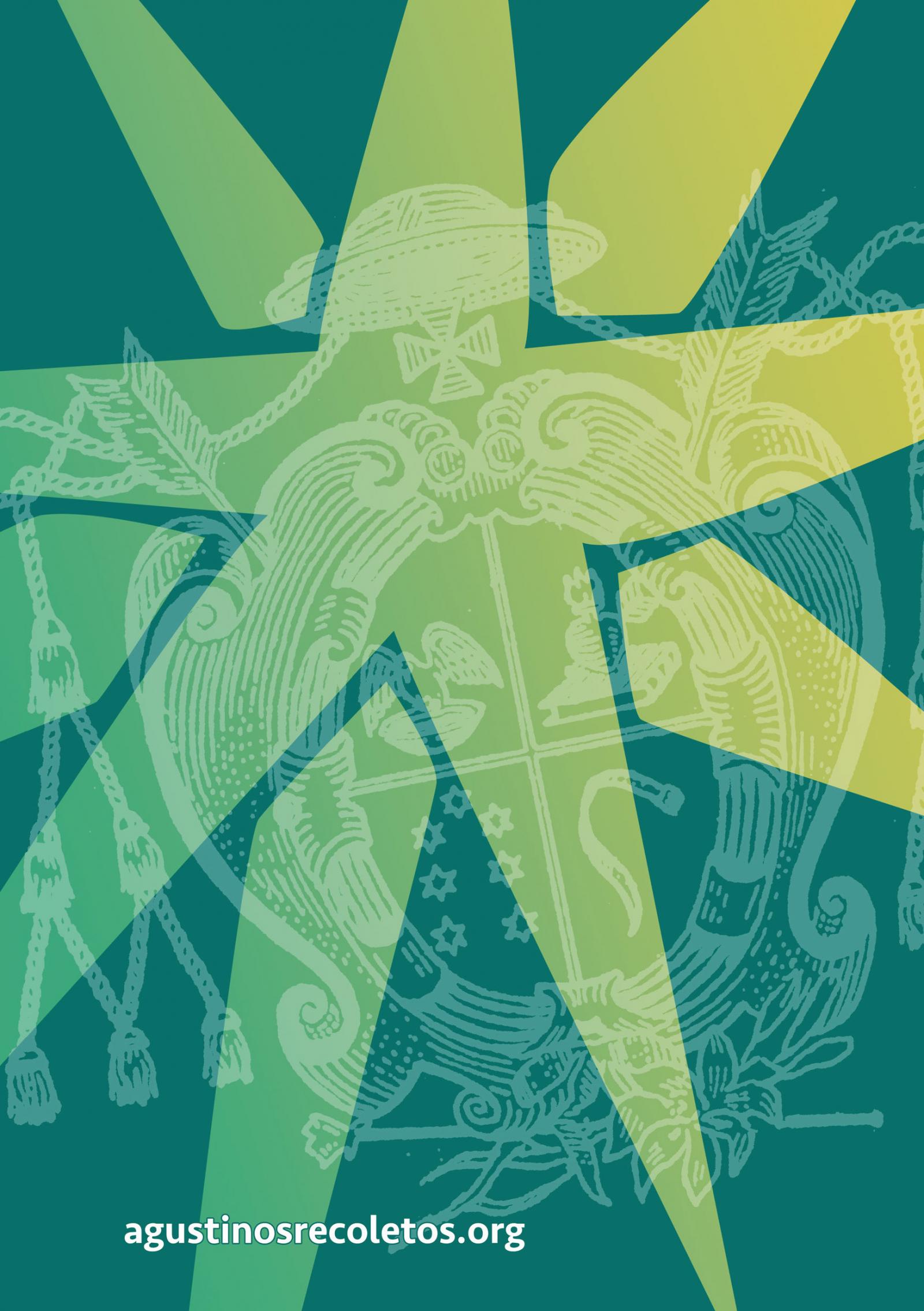 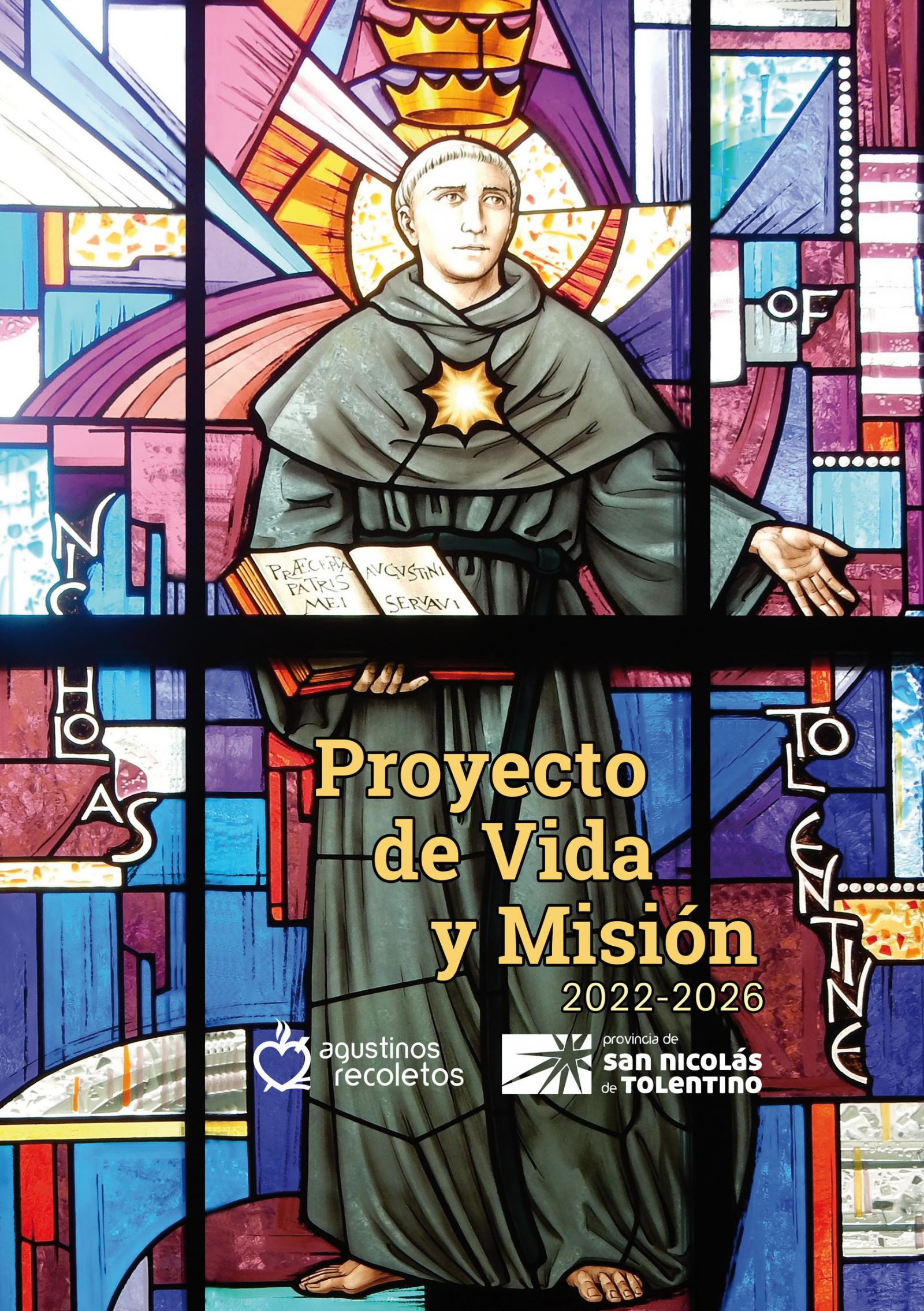 The Life and Mission Project 2022-2026 issued by the 128th Chapter of the Province of San Nicolás de Tolentino of the Order of Augustinian Recollects is the roadmap that will guide the actions of the Prior Provincial and his Council, of the Vicariates and Delegations, of local communities and religious in particular.

Drafted between June 20th and 30th by the 128th Chapter and approved by the Prior General with his Council on July 21, it consists of five main parts:

Up to 38 people, teams or organizations will be in charge of executing the 60 Decisions, most of which (35, 58%) must be carried out during the entire four-year period. Another 15 (25%) have a maximum term of execution of the first year of the four-year period.

This element is copied from the “vision” of the Order, drawn up by the last General Chapter: “to radically live our consecration as missionary disciples, called together with the laity by the Holy Spirit to serve the Church and the world, with one soul and one heart directed towards God”.

There are seven points that also come from the General Chapter. They are summarized in the following of Christ in community, the practice of Augustinian Recollect spirituality, the search for ecclesial communion and the prophetic presence in society, co-responsibility, the task with and together with the laity, formation and encounter with society.

This main objective is made explicit in five more specific proposals; your quote is verbatim:

“Grow together to revitalize ourselves and respond better to God's plan and to what the Church and the world need.

The 60 Decisions come to be the pieces of a puzzle that, once completed, reveal the aforementioned priority objective. They are divided according to work areas:

There are 14 Decisions that speak of Spirituality, Permanent Formation, Initial Formation and Vocation Ministry. Among them, it is requested that a religious dedicate himself exclusively to ongoing formation; The organization of workshops and training activities and the obligation to participate in them are also requested. It is also desired to consolidate the Augustinian Recollect Spirituality Centers.

Regarding initial training, it is requested to strengthen training teams and communication between them; program missionary and solidarity experiences for those in formation and the study of languages; train future members of the Order on the protection of minors and vulnerable people and on teamwork, among others.

For the vocational ministry, released promoters are requested, to consolidate the Vocational Animation Teams and for all the communities to develop a concrete and evaluable vocational promotion plan.

These are ten Decisions that ensure the revitalization of the parishes through the integration of the Ministerial Pastoral Ideology, the inter-parish meetings, the updating of the agents and the missionary animation groups.

It is also requested to strengthen the border missions and ministries with at least four religious, promote solidarity in all ministries and support the social projects of the Province and the Augustinian-Recollect International Solidarity Network, ARCORES.

The nine Decisions on educational centers try to strengthen their work in the Network, co-responsibility with the laity, solidarity actions, pastoral teams, protection of minors and Associations of Former Students.

Lastly, a study is commissioned on the possibility of managing a university center on the American continent.

It is a novel section that comes to assume the task of co-responsibility and shared mission with the laity, something that before this 128th Provincial Chapter was organized separately according to the areas of work.

As a novelty, it is requested to arbitrate better and in a much more effective way the participation of lay people in the next Provincial Chapter.

The last 19 Decisions focus on issues such as the organization of communities and forms of presence in Asia, the United States or Aragon; It is also requested to design the organization chart and prepare situation studies by country.

More meetings and coordination between the government teams at the general, provincial and vicarial levels are requested. The number of delegates for the next Chapter has been defined in which, as a novelty, the proper delegate for the religious brothers disappears, given their low number within the total of the Province. This Chapter will begin, in principle, on May 18th, 2026.

Two specific Decisions aimed at establishing real and practical instruments for the protection of minors and vulnerable people have been added for the first time. It is also requested that 5% of the annual net income of the Province be dedicated to financing ARCORES projects.