Augustinian-Recollect Secular Fraternity of Avante: "We have missed contact and coexistence; but the Lord will allow us to embrace again and make a pilgrimage together."

They are almost three decades of shared path, of incessant search for the loving and immense God, in communion of brothers, nourished by charity, humility, prayer, mutual trust and solidarity. From the hand of Lourdes Laraque, one of its members, we approached this Fraternity in the month dedicated to the laity in the IV Centenary “#400Años #SiempreEnMisión” of the Province of Saint Nicholas of Tolentine. 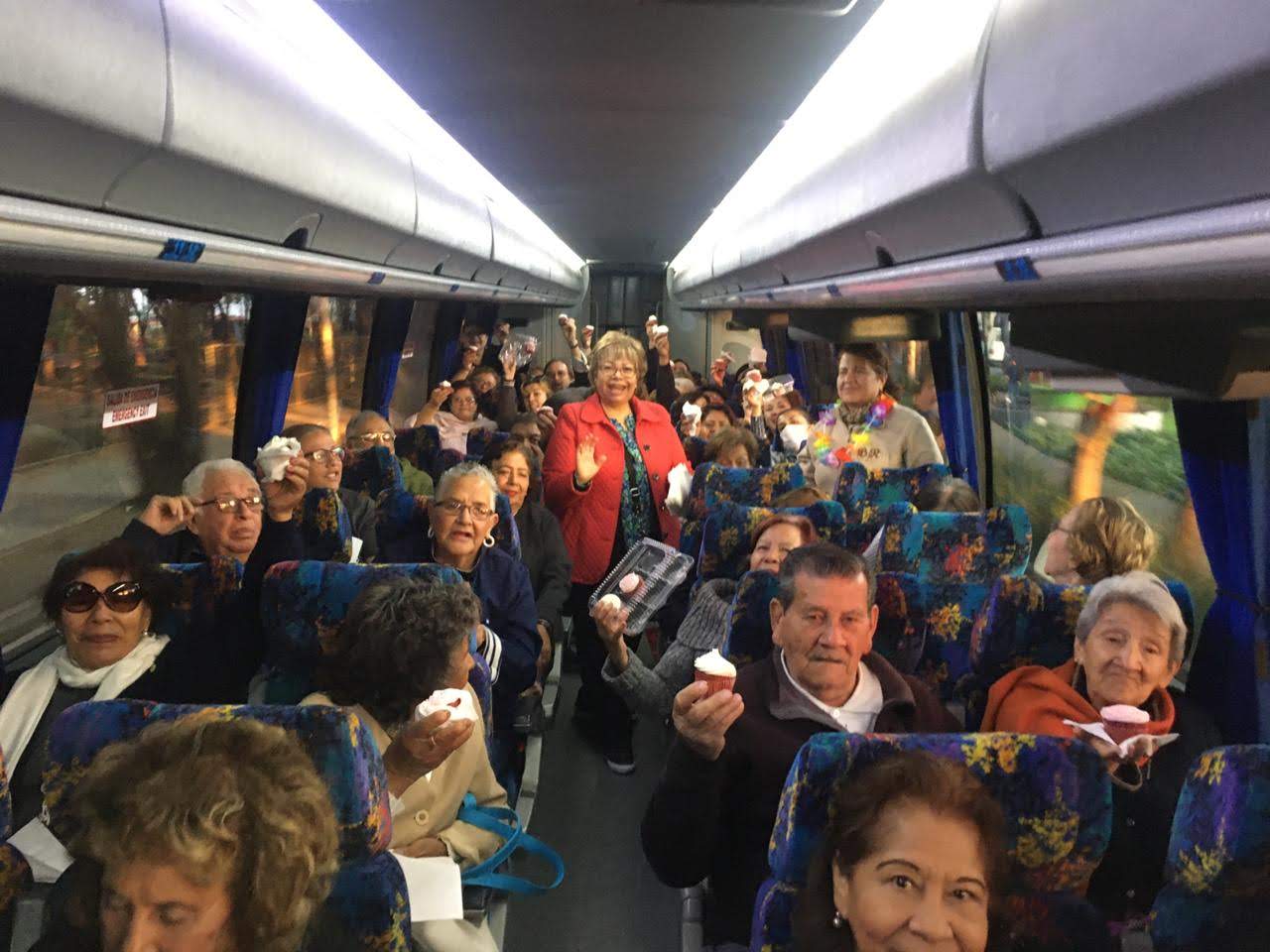 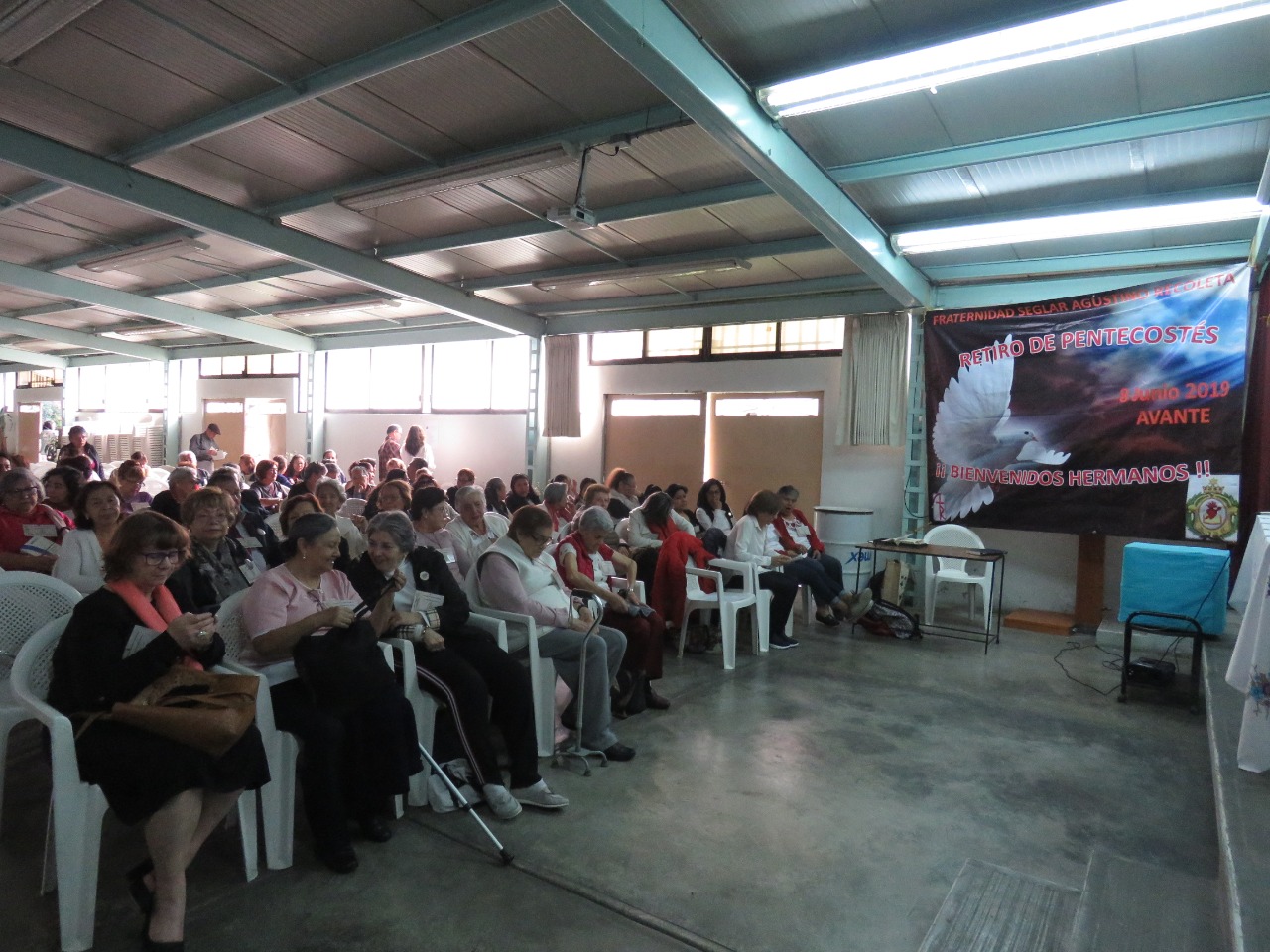 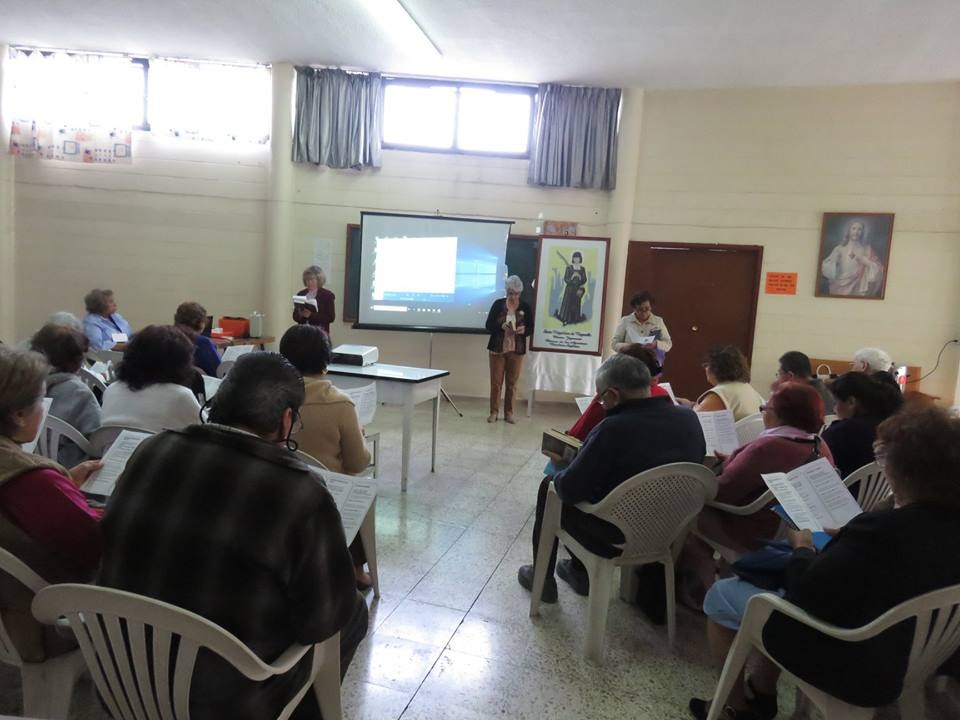 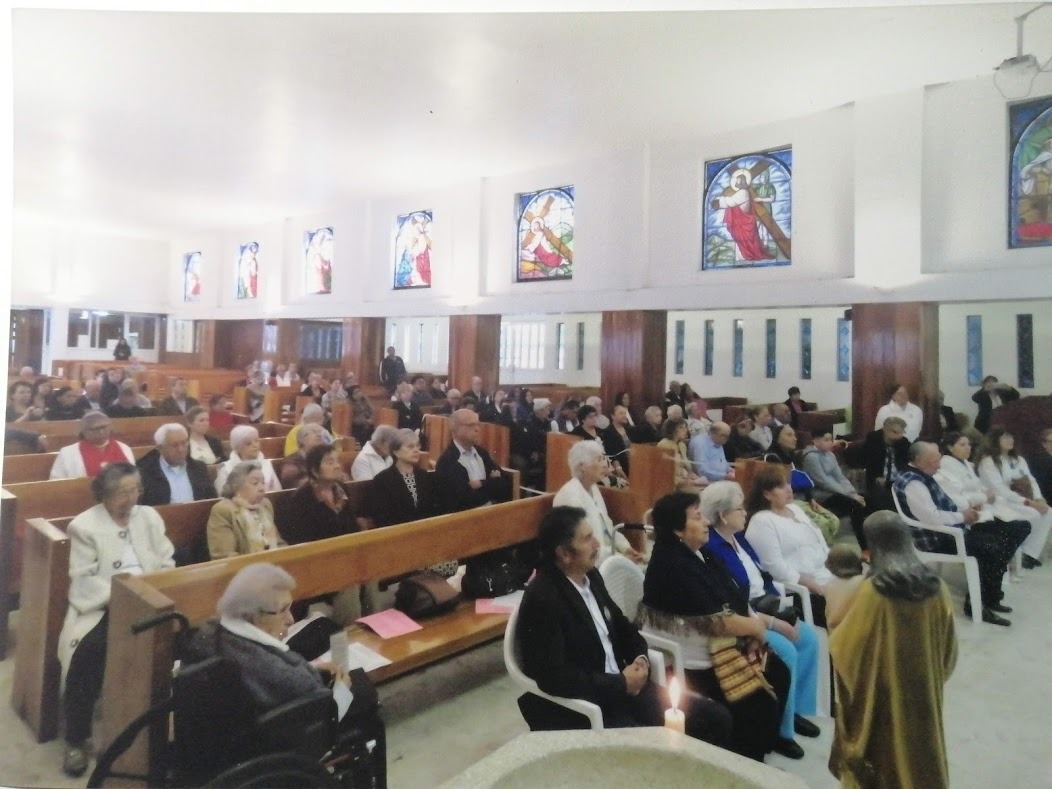 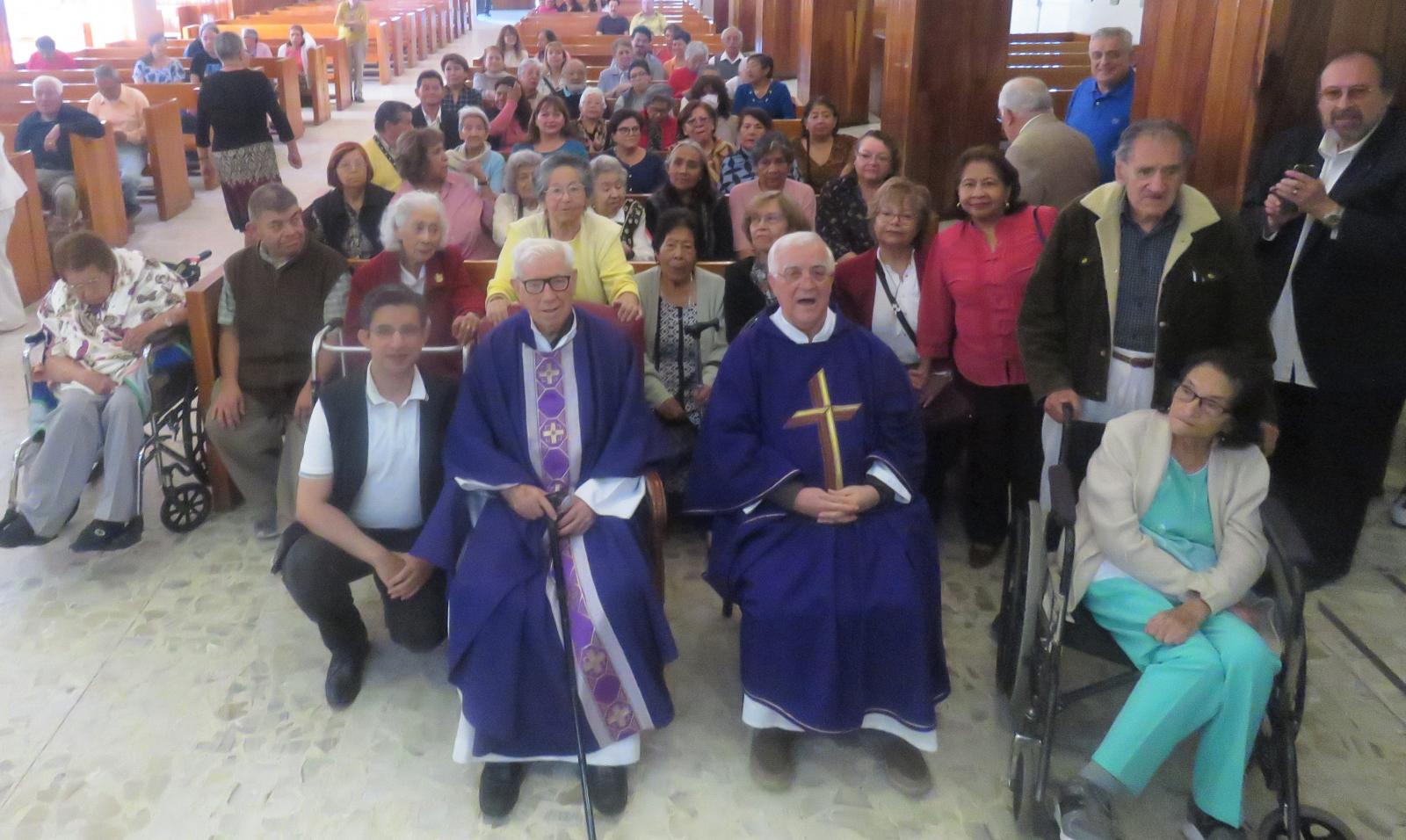 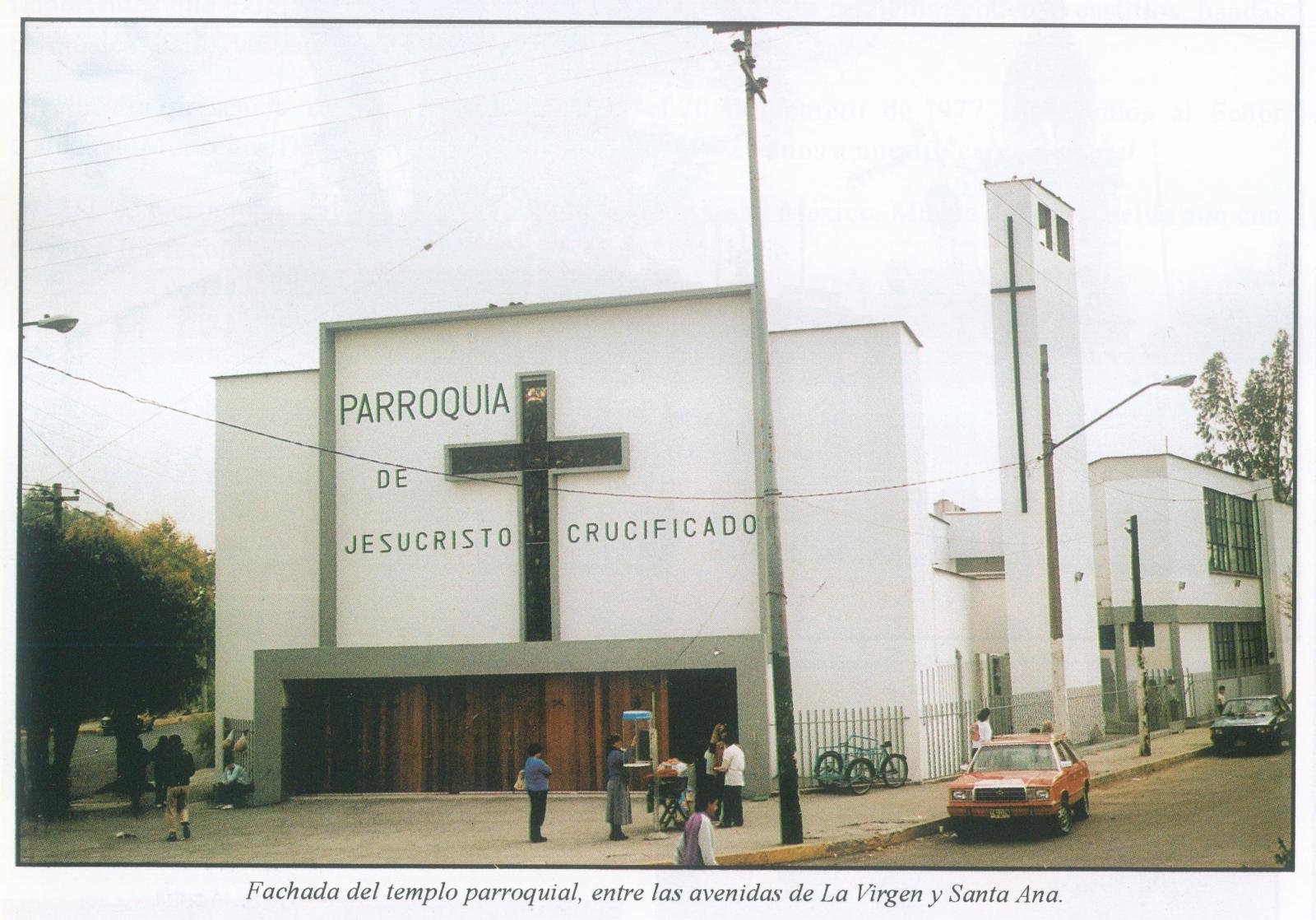 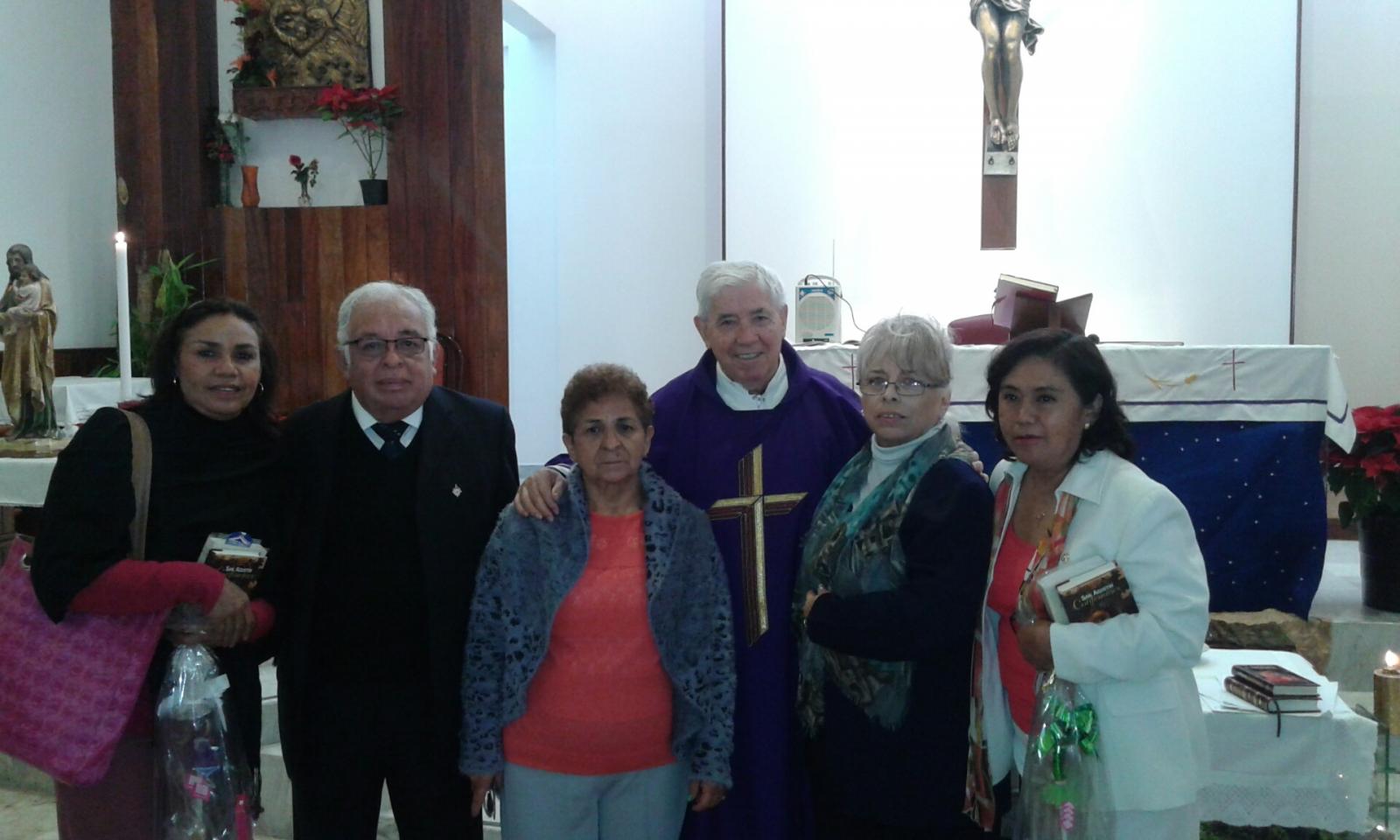 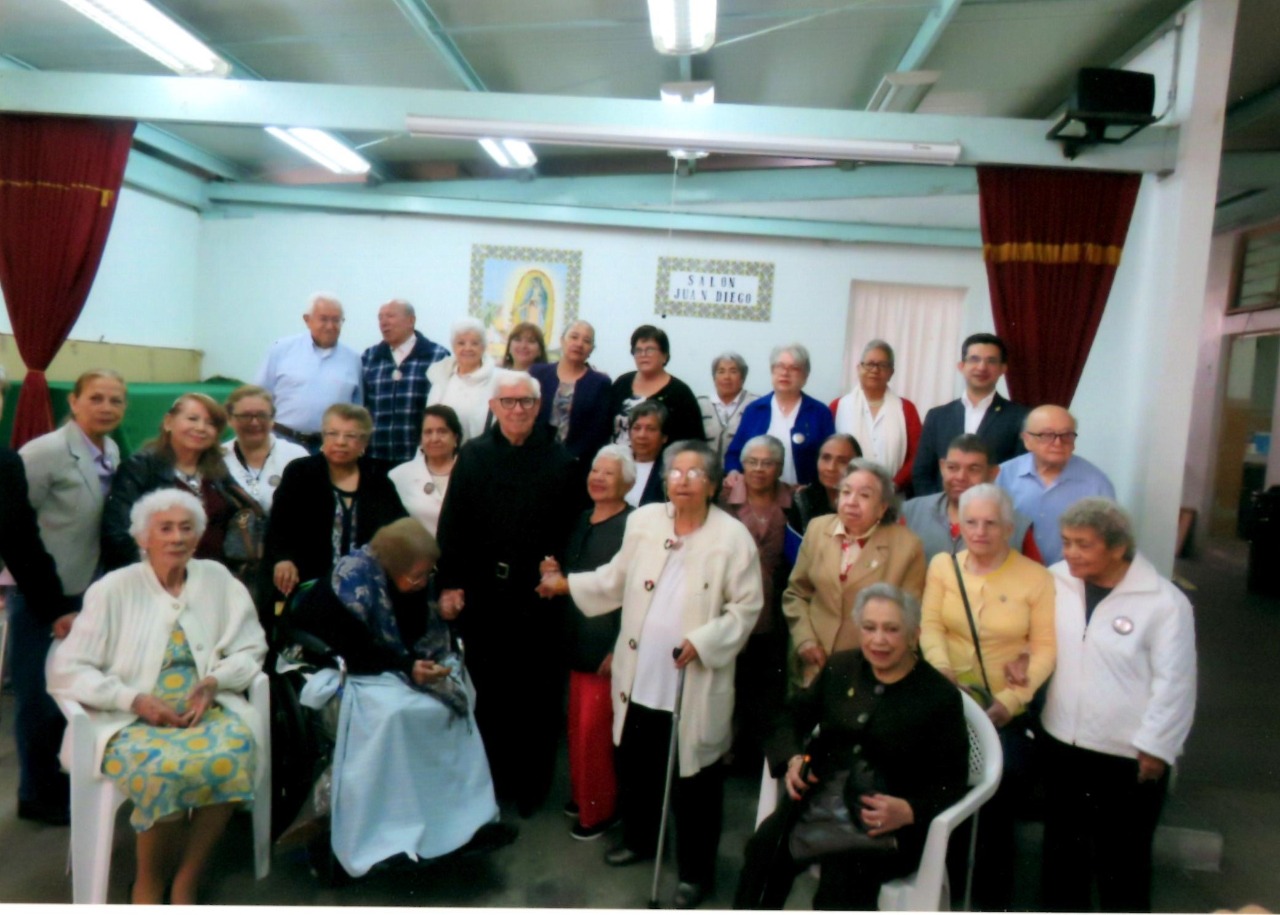 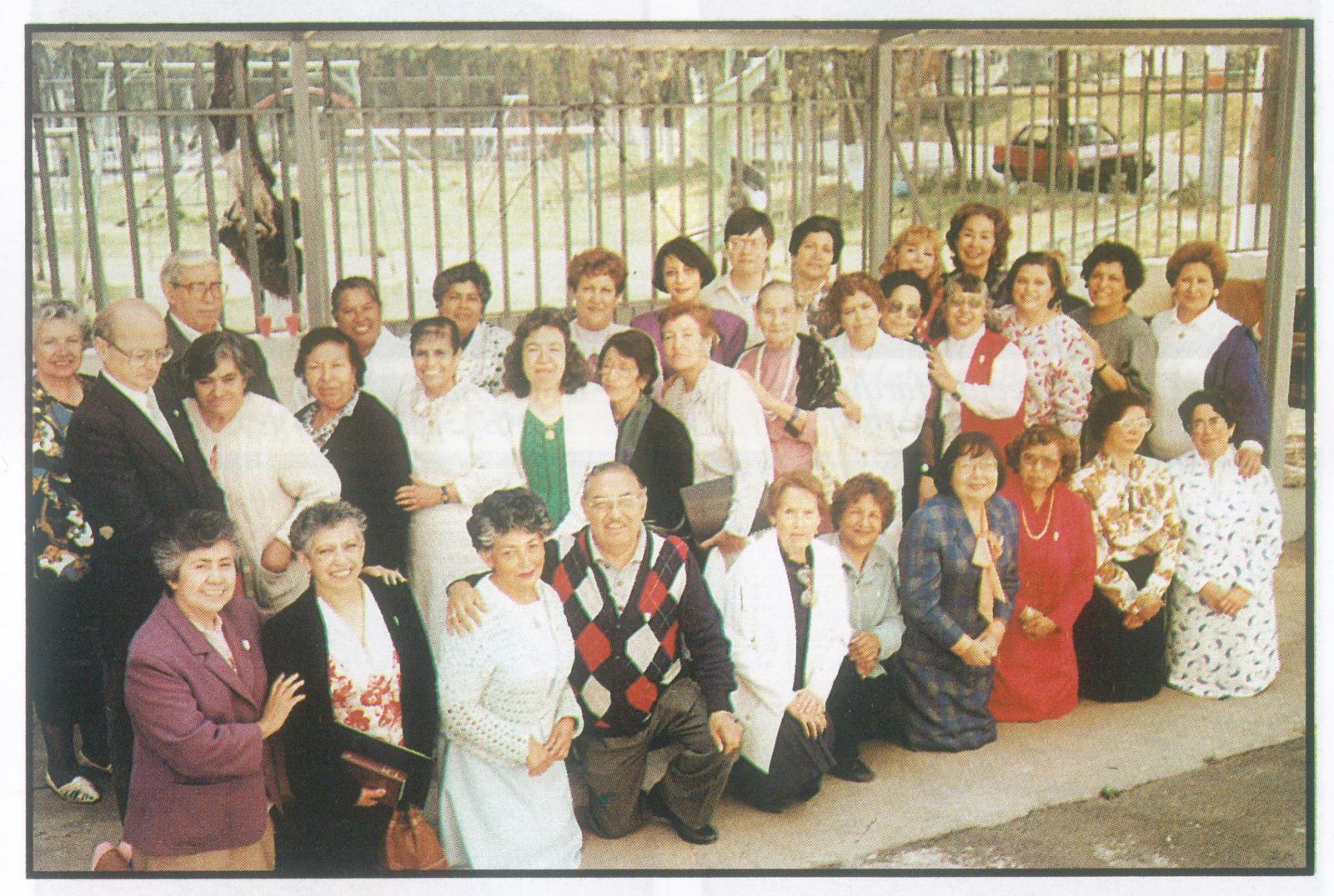 It was the year 1959 when the archbishop primate of Mexico recognized the need for spiritual care of the inhabitants of Colonia Avante and the surrounding areas, south of Mexico City. He entrusted the Augustinian Recollects with this arduous task.

They began by celebrating the sacraments in what were nothing more than dusty plains bordered by the Miramontes channel; the material work of the new Catholic community advanced little by little with the effort of the faithful and religious. On Palm Sunday 1964 the temple was blessed, which until today is an important reference of the spiritual life of this area.

After motivating and chatting with many faithful, on January 10, 1992 thirty-three people committed to start the year of testing and training prior to the promises. Finally, on April 24, 1993, the Augustinian Recollect José Félix Echarri, then provincial vicar of the Province of Saint Nicholas of Tolentine for Mexico, received the promises of these brothers.

As usual, in that ceremony they officially received the Manual of the Fraternity, the insignia of the Augustinian secular Recollect and a medal of St. Ezekiel Moreno. The parish priest, Friar Antonio Franco, welcomed the new brothers at the end of the Eucharist of promises.

Less than a month later, on May 18, came the document signed by Carlos Imas, provincial prior of Saint Nicholas of Tolentine , which recorded the official erection of the Augustinian-Recollect Secular Fraternity in the Parish of Jesus Christ Crucified. By secret ballot of all the fraternals who had issued promises, the first local council of government was also elected.

The number of applicants who accessed the test year and brothers and sisters who made their promises was growing steadily. More than three hundred have heard the call to live the  Augustinian-recollect spirituality from the lay state and, in total, 246 — some already deceased — have come to publicly issue their promises over these almost thirty years.

Currently about 60 people regularly participate in the activities, constituting the largest fraternity in the central area of Mexico (Mexico City, State of Mexico, Morelos, Querétaro). It must also be said that she has the highest average age.

Every Saturday at 8 in the morning the weekly activity begins: a Eucharist dedicated to Mary, the singing of the Salve and the Joseph, the prayer of the Liturgy of the Hours and the Hymn to Saint Magdalene of Nagasaki. Then a lay trainer who has previously received thematic guidance from the spiritual assistant directs the specifically Augustinian formation in groups of 8 to 10 members depending on the time we have been in the Fraternity.

Each group has adopted by decision of its members the name of some Marian devotion or of a saint of the Augustinian-Recollect Family to be under their special protection: group Our Lady of Guadalupe, Saint Nicholas of Tolentine or Saint Monica, among others.

The training process has been structured and in addition to its theoretical part is full of experiences and experiences. Thus we can discover and live the Augustinian Recollect charism and try to be better Christians in the lay environment in which we develop.

The initial preparation time for issuing the pledges lasts for two years; the first as applicants and the second as admitted to the test time. Then, the lay fraternal always follows a process of permanent formation.

The formation materials have been diverse and even some produced within our own fraternity: Thus, we have the Rule of Life and the Statutes of the Secular Fraternity and a document of 409 pages that expands them with reflections, explanations and comments. This document is the work of Mary of Peace James.

We also have books such as La Secular Fraternity pray the psalms with Saint Augustine, an Introduction to the Confessions of St. Augustine, the already classic Augustinianism in 20 lessons and the permanent formation cards Pilgrims, on which the current formation revolves particularly from the same Augustinian Recollect Formative Itinerary (IFAR). We have also collaborated in the revision, analysis and updating of the Rule of Life and the Statutes of the Secular Fraternity.

With all these contents we try to form ourselves to know how to make augustinian-recollect charismatic life in the secular world in which our family and work environment are developed. Perhaps the biggest challenge is to find the space to seek interiority in the daily hustle and bustle, as well as to establish closer community ties despite generational diversity.

The fraternity in full meets to celebrate the main festivities — St. Augustine and St. Magdalene of Nagasaki— and the pre-Christmas liveliness of the end of the year. With the other Secular Fraternities of the region we participate in the three joint annual retreats of Lent, Pentecost and Advent. We thus expand the bonds of coexistence, union and fraternity. As an additional activity and already constituted in permanent, every three months an IFAR Meetingis organized to delve into various topics of ecclesial life and the Augustinian-Recollect Family.

Recently we have had experiences that have marked our life as a Fraternity. In July 2019 we had the opportunity to celebrate for the first time the ceremony provided in our Manual for the Silver Weddings (25 years) of some brothers.

It was emotional to see in the entrance procession so many brothers no longer active for health reasons, with the help of relatives, walkers or wheelchairs. They renewed their Promises and a light was lit to remember those who have already left.

Collaboration with the Parish and the OAR Family

Several brothers collaborate with the parish as Extraordinary Ministers of the Holy Eucharist, as catechists and as missionaries of the communities of evangelization. As a permanent activity, the Fraternity takes charge of the monthly collection for the organization of the delivery of basic necessities to families who live with greater precariousness or are more vulnerable.

Other members support in the formative tasks of the Augustinian-Recollect Spirituality Center(CEAR)of Mexico City or the Communication Commission of the Vicarage of Mexico and Costa Rica.

Thanks to our assistants

From its beginnings the Secular Fraternity had the assistance of the Augustinian Recollect Jesús Pérez Grávalos. It was up to him to structure and organize everything, as well as to advise on the development of his own training materials and facilitate the training of lay trainers.

His work of total dedication and example of experience of our charism has accompanied day by day the growth of our faith. We had the great gift of God to have as a spiritual assistant a religious who truly loves the Secular Fraternity.

In February 2020 we bid him farewell with nostalgia and much affection, once he was transferred to Querétaro, and we welcomed with enthusiasm and gratitude to Fray Ignacio Jiménez Castellanos. Just a couple of weeks later, the pandemic forced us into confinement and suspension of face-to-face activities.

Generational renewal is the most important, but we are confident of advancing on the path taken by taking advantage of opportunities and counting on God's help.

The suspension of activities due to the pandemic was a hard blow, because coming to our meeting every week is part of our being and doing. But we were not passive in the face of circumstances and reflection and training activities were scheduled. A good number of siblings had to bridge the digital divide; with the help of children, grandchildren and even great-grandchildren, 30% participated in fraternity and CEAR activities. Even contacted fraternals from other countries, something previously unusual.

Unfortunately, too, the pandemic has taken away close people and family members. We will have to assess its impacts: one sibling died from the virus, others lost family members or had to change their residence. Perhaps we will return less, but strengthened by pain and adversity, true and grateful for God's presence in so much darkness.

We have missed human contact, coexistence, we need much more than the telephone; but we are sustained by faith and the certainty that the Lord will allow us to embrace again and make pilgrimages together animated by the words of St. Augustine in Sermon 362:

All our activity will be "Amen" and "Hallelujah". We will not say it with transient sounds, but with the affection of the soul. [...] Exhorting each other to such praise, animated by a very ardent love of one another and for God, all the citizens of that city will say "Hallelujah," because they will say "Amen."